The Mused and Whirled Retort September, 2007

Back on July 7th of 07, I wrote a bit about the number seven.  Among the things I found interesting is that most peoples lives seem to go in seven year cycles.

After 9-11 we began a new (I hope only) seven year cycle that has brought out both the best and worst in all of us. Hopefully this is the last year of that cycle.   Hopefully it will end with impeachment.  We have to.  The American people must tell the rest of the world that we are aware of HOW bad this guy is.  As the cycle began, instead of looking inwardly and finding our higher selves in the wake of national tragedy we instead began a drum beat for war.  Even after Baghdad fell and Sadam Hussein was captured " The main stream of this country seemed to support it.  As we enter our seventh years since, that support has clearly eroded.  But back then, the support made since.

We had had a tragedy in this country on the scale of the Kennedy assassination and many Americans needed to rally behind something.   It is what our leaders held in place for us to rally behind that is suspect. Just as many people, after the Kennedy assassination supported the lone gunman theory because they just could not allow themselves to accept such an odious scenario.

Even though the justification for war required the kind of mental gymnastics that only a magic bullet could pull off, I understand how people could get sucked in to such lies.

Just like after the Kennedy assassination, rather than admit to a conspiracy or investigate further the Warren Commission perpetrated one of the disgusting lies ever forced on the American people: the "single bullet" theory.

That is until the invasion of Iraq.  Can you say, 'Worst president ever?'

Now, by comparing the two tragedies I am not going off on another one of those 'George Bush planned the events of 9-11' theories that tire all of us.  I always hate it when people imply that America is so powerful only America can attack America.

In order to accept that George Bush Incorporated did not lie to the American people about its justification to take this country to war you have to believe that Bush Cheney Rumsfeld and the rest had no plans to invade Iraq before 9-11 and it was a complete coincidence that credible evidence of Weapons of Mass Destruction turned up simultaneously as we 'won' the war in Afghanistan, thus allowing us to pull troops from there and begin a new war in a different country.

With the Single Bullet theory, one bullet had to account for the seven wounds to Kennedy and Connally.  The facts frozen in the home movie shot by Abraham Zapruder establishes a time line of five and a half seconds.  It is only humanly possible for one man to fire three bullets in that time frame.

One Bullet, we know was the fatal bullet striking President Kennedy in the head, The second, we know struck James Teague under the underpass - leaving one single bullet to account for all other wounds.

While all evidence pointed to a conspiracy of terrorist operatives operating in Afganastan, six days after the Sept. 11 attacks, President Bush signs a document outlining the war on terror. The document directs the Pentagon to begin planning military options for an invasion of Iraq.

The magic bullet enters the President's back, headed downward at a 17-degree angle. Upon entry, it then moves upwards to leave Kennedy's body from the front of his neck.

Vice President Cheney tells George Tenet about a report that one of the hijackers, Mohammed Atta, met with senior Iraqi intelligence officials in Prague.

Two days later, Tenet reports back: CIA's Prague office thinks the Atta story "doesn't add up." Also, the intelligence community informed the vice-president that Atta's credit card and phone were used in Virginia during the period in question. Cheney, however, would continue to cite the alleged meeting in public appearances.

This magic bullet then waits a second and a half apparently in midair, where it becomes one of the 'toon' bullets from Framing Roger Rabbit  and it drives like Paris Hilton swerving  right, then a left, right, then left and continues into Connally's right armpit.

Seven days after the 9-11 attack Tony Blair warned Bush not to get distracted from the war on terror. Bush replied, "We must come back to Iraq."

The bullet then dives downward some 30 degrees, splintering Conally's rib and exiting from the right side of his chest.

The CIA receives a report from Italian intelligence describing an Iraqi acquisition of Uranium from Niger.

The American intelligence community dismisses the report as "amateurish and unsubstantiated"  The French, who controlled the mine in Niger go as far as to say it is complete 'Bullshit.'  Yet it is continually cited by Vice President Cheney and even George Bush as evidence.

Again and again, The Bush administration tries to tie Iraq to the 9-11, and failing that tries to find evidence that there are weapons of mass destruction that Iraq has stockpiled with the intent of attacking the United States as Osama bin Laden is pinned down at Tora Bora. The CIA asks the US military to supply additional troops to help capture him. The White House instead asks Pakistani President Musharraf to put Pakistani troops on the Afghan-Pakistan border to cut off bin Laden's escape routes " freeing up American troops for a pending invasion of Iraq. The CIA request goes unfulfilled, and bin Laden escapes.

The bullet exits Connally's wrist, and makes an illegal U-turn, hitting Conally again, burring itself in his thigh.

A New York Times and Frontline report that an Iraqi defector, an army general, claims that the Iraqi military trained Arab fighters to hijack airplanes was exposed as being Bogus and came from American marionette Ahmed Chalabi.  Knowing this claim was false Dick Cheney cited it as part of the relentless drum beat for war  "It's been pretty well confirmed that [Mohammed Atta] did go to Prague and he did meet with a senior official of the Iraqi intelligence service."

The bullet then exhumes itself from Conally's thigh...and is found in nearly pristine condition on a stretcher in a corridor of Parkland Hospital.

Heck of a bullet, Arlen.

The Zapruder film shows Kennedy's head being thrust violently backward and to the left, which is contradictory with a shot fired from behind.

After two weeks of increasingly harsh interrogation, including waterboarding, a captured al Qaeda operative breaks down and starts to talk, providing information he is not in a position to know such as al Qaeda operatives received chemical weapons training from the Iraqi government. The Defense Intelligence Agency expresses concerns early on that he is telling his questioners what they want to hear.

Nevertheless, this information will be the basis for the Bush Administration's repeated claim that Iraq provided Al Qaeda with training on chemical and biological weapons.

The coerced testimony is recounted, yet, Bush, cites it in a radio address, "Iraq has also provided al Qaeda with chemical and biological weapons training."

Lone gunman Lee Harvey Oswald was discovered only ninety seconds after the shooting, drinking a Coke calmly on the second floor of the Depository.

The President pokes his head into a meeting between Condoleezza Rice and three senators discussing options in Afghanistan and says, "Fuck Saddam, We're taking him out."

Jack Ruby kills the alleged assassin of the President.

President Bush tells the public the next day, "I've not made up our [sic] mind about military action."

Jose Bustani is removed from his job as the head of the Organization for the Prohibition of Chemical Weapons (OPCW).

After an earlier vote failed to remove Bustani, the US threatened to withhold OPCW's funding because he advocated solutions to the Iraq standoff short of war.  A year after Bustani loses his job a UN tribunal will rule that the US charges against Bustani were "extremely vague" and that he was wrongly dismissed. He is awarded damages and is an embarrassment to the OPCW and the USA.

A telex was sent to all of the FBI offices around the United States a week before the assassination warning of a possible attempt on the President's life by a militant revolutionary group when he arrived in Dallas. After the assassination, the Bureau instructed all the offices to remove the telex, as an "embarrassment" to the bureau.

A bombing campaign against Iraqi defenses begins with twenty-two thousand sorties flying over southern Iraq attacking numerous targets as Bush tells the public he hopes to avoid the use of force and, "We are doing everything we can to avoid war in Iraq."

Colin Powell reads an early draft of his speech to the UN, in which he will put all credible US evidence on the table making the case for war to the international community.  Finding the material poorly sourced and misleading, throws several pages in the air and exclaims, "I'm not reading this. This is bullshit."

In other words, 'This is Bullshit.'

As it becomes increasingly clear that a U.N. resolution justifying the use of force will not pass, President Bush, British Prime Minister Tony Blair, and Spanish Prime Minister Jose Maria Aznar meet for an "emergency summit." At its conclusion, the three leaders restate their commitment to a March 17 deadline for the U.N. to authorize war. Bush says, "tomorrow is a moment of truth for the world."

A single lone assassin was responsible for the assassination.

Sadam Hussein was secretly in involved in the al Qaeda attacks on the Word Trade Center.

Sadam was manufacturing Weapons of Mass Destruction below the Radar of the inspectors.

Pulling troops out of Afghanistan is in no way related to the escape of Osama bin Laden.

This single bullet, after entering and re-entering two men ends up intact on a stretcher in Parkland Hospital.

It was a long drive across the country from Eugene, OR to DC with stops at Little Big Horn, Crazy Horse, Wounded Knee, Sioux Falls, Winona, MN, and Kent Ohio.  I don't have a lot on the books right now for shows but that will change soon.  I am looking forward to staying still for a month or two in Maryland.

If you see anything on the calendar that might fit your needs to throw a house concert or you would like us to come through your town please feel free to let me know.

I am looking for dates in New England in early December.  Please drop me a line if you would like to present us or know someone who would.  I will be performing with Paul Benoit.

I will be going from DC to the SOAW protest in Columbus, GA the weekend before thanksgiving.  If you have a venue that would like to present us anywhere between DC and GA please let me know.

I will be doing Oregon, Washington and BC in January.  Please get your thoughts in on where to play.  I will be performing with Paul Benoit.

I am going to use this 'down' time to work on some new material, and new videos.

Hanging in The DC area for now, working on some new material and short films.

If any of you from Richmond to Philly know of anything I can get into during the next little while" please drop me a line.

At present this is a stand alone gig:

If anyone would between DC and western, MA would like to present me on Friday October 20 or Sunday October 21.  I don't need a whole lot " house concert, small caf.

I am looking at going back to the West Coast with Paul in January.

We are looking at doing shows in OR, WA and BC " drop me a line if this interests you.

And I am looking at doing TX, LA and Northern FL in February.  Drop me a line if you would like to book a show. 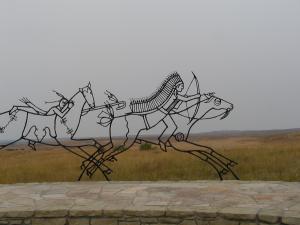