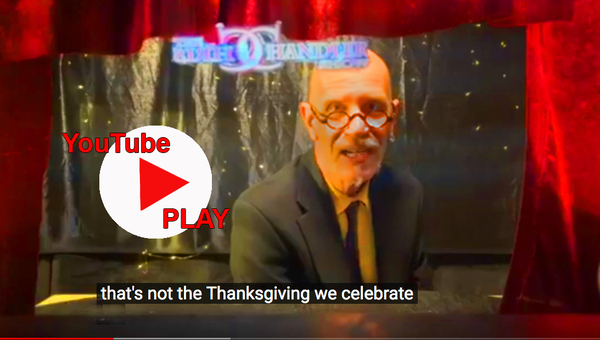 Hey everybody,
This is a special Thanksgiving edition of your

Thanksgiving has always been special to me. I am very proud of this piece that will serve as the feature of this newsletter so I will skip everything else to get right to it.

After the feature piece there are a lot of announcements about the new album and a short string of dates I am doing with Paul Benoit here in Texas. This will be our first time here in a long time and my first dates since i have officially lived here.

I hope you can make it. Details below but till then... Here is your

This is the Thanksgiving We Do Celebrate
By Chris Chandler

Pumpkin Pies, Turkey and Green-Bean Casserole, small children tracing their fingers onto construction paper in order to turn it into a turkey. Dressed as Pilgrims and Indians.

This is not the Thanksgiving we celebrate.

And while we are at it...
Forget all that leftist diatribe. I know. You know. I know that you know...
Yes, I have been to Plymouth Rock and protested on thanksgiving too.

That is not the Thanksgiving we celebrate.

It has taken me a while to embrace and celebrate thanksgiving. Let us just skip that. and get right to it.

Do you know what the language the natives spoke in 1621 when they first laid eyes on the Pilgrims?

Thank you Tisquantum. A name that should be spoken at every Thanksgiving, but is not.

Ya see, the Wampanoag had been trading with Europeans for a century by the time the Pilgrims got there. The Pilgrims had never heard a word of Wampanoag in their lives.

Less than ten years after Columbus' voyage the first dozen Native Americans (not that they would have called themselves that) from what we call New England were off visiting Europe and learning European languages.

Granted - this was not a sight seeing trip they chose to make like the Pilgrims did. Few would return.

By the 1600s Native slaves were the chief component of America's Gross National Product. (North and South America that is... and largely thanks to the Spanish... but that’s a different story.)

In 1605 the English Captain John Weymouth returned to Europe with a payload of twenty Indians chained in his cargo.

Among them was Tisquantum, (The very Indian that first approached the starving Pilgrims.) He managed to return to New England as a part of the cargo of Captain John Smith (yes, that John Smith of Jamestown fame) in 1614 on Smith's first visit to America.

However, members of Smith’s crew had other ideas.

Tisquantum was again sold into slavery but freed by Friars in Spain, because he declared himself Catholic, and then educated (at least to the ways of Europeans) and brought back as a guide in 1619 and interpreter. He had actually hung out in London as an English speaking freed slave.

But, this is not the Thanksgiving we celebrate.

Understand that when the Pilgrims arrived in December of 1620 is - which is incase you hadn't noticed - cold in New England. Things were not going well already. Poor piloting had wasted precious time and it was now late in the year. That first winter was not pretty.

The Pilgrims were starving.

They spent their first weeks surviving by sending out armed parties who stumbled upon the remains of an Indian village that had been abandoned, largely because of diseases that were already running ramepnt and decimating the Native population. They broke into homes and stole stashes of food that had been left there.

But that is not the Thanksgiving we celebrate.

Even after the Plymouth colony had a good year under their belt, the Pilgrims were still not doing so well.

Neither were the Wampanoag.

They were in a state of war with the Narraganset. The Pilgrims had something the Wampanoag could use.

Tisquantum and friends showed up saying, "Ya know you guys look pretty hungry, maybe you should eat some of these pumpkins we raised.”

They also suggested, “Maybe y’all should get over that weird religious aversion to shell fish and eat some of these Lobster - we got plenty of them running around on the beaches, and while were at it - those guns you got... we could use a few of them... The Pequot are really starting to piss us off."

Yes, the first thanksgiving was indeed an arms deal.

But still, that is not the Thanksgiving we celebrate.

And so began a series of pacts, alliances, allegiances, and affiliations that all seemed to end with Europeans on top.

We all know this shit.

But none of that is the Thanksgiving we celebrate.

I like to think of Thanksgiving as -- well... just that: an almost Pagan ritual where we can celebrate the bounty of this life. Give thanks for all we have, and frankly we do have a lot.

My favorite Thanksgiving, the one I do celebrate, took place when I was living in Canada. (where they don't celebrate it. OK OK they do - only on a different date, for different reasons)

I was living as a street musician in a tourist town in the early 90s living in a shack in a lumber yard with my wife Amanda Stark. We we were a duo... called ourselves Stark Raving Chandler. Paying literally a hundred bucks a month Canadian to live there. with a wood stove. Things were bleak.

I know you think Canada is a socialist country and all - so I could have gotten some kind of assistance. But no, I was a Frost Back: an undocumented US American worker - working below standard wages to entertain the tourist class.

In short: No Thanksgiving for Stark Raving Chandler.

Because they don't celebrate Thanksgiving when we do - they deliver the mail on the fourth Thursday in November.

My mother timed it perfectly.

She was distraught by the fact that I was living in land with no Thanksgiving so she mailed me a can of turkey meat, a box of stove top stuffing, a jar of cranberry sauce and a can of green beans, Cream of Mushroom soup, and a can of those French’s fried onions, that are only good for one thing: Thanksgiving. Holy Moley! 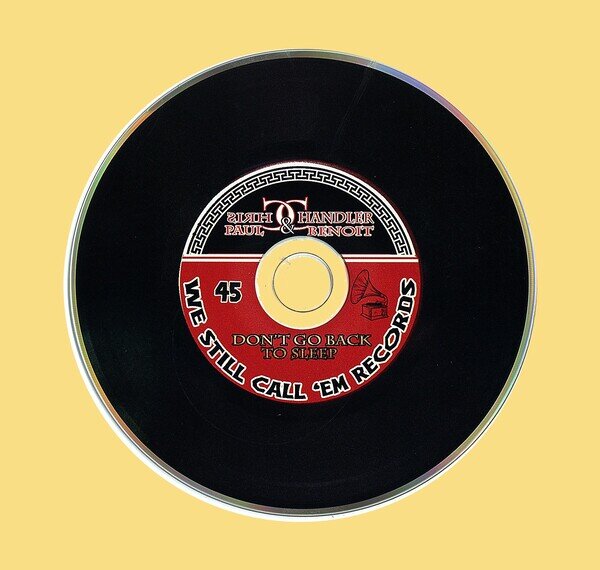 The Chris Chandler and Paul Benoit Show’s new album “Don’t Go Back to Sleep” has risen to number 115 on the folk charts!
HOLY COW! If you would like to either download or get a signed physical copy of our new album you can do so here: (It is a fu¢king great album!)  https://chrischandler.org/product/don-t-go-back-to-sleep/ 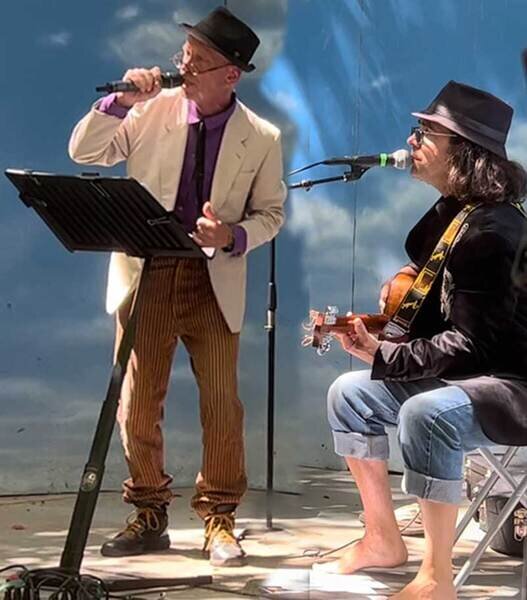 If you are in Texas and want to see us live

Paul and I are playing a short string of long overdue shows in Texas. Please see below for details.

If you would like to support me you can do so at
YES, I WANT TO SUPPORT CHANDLER VIA PAYPAL

YES, I WANT TO SUPPORT CHANDLER VIA VENMO 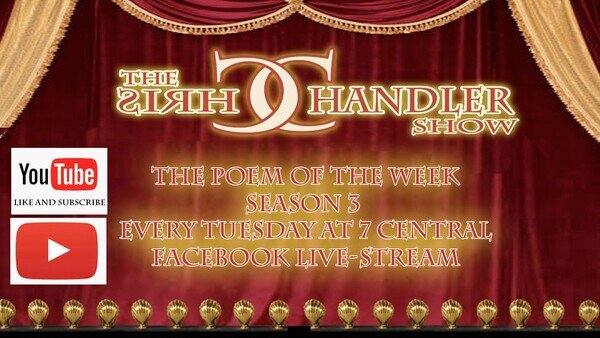 Check out past Poem of the Week on my YouTube Channel

I do a livestream Poem every Tuesday at 7 PM https://www.facebook.com/chrischandler.org
I am proud f it. I usually load them on to my You Tube Channell the next day. Please Check it out. Thanks!

Either Email me or Text me for reservations

This will be an intimate Show. Bring Your Own Everything. Do Not Miss this!

This will be a rare and intimate house concert. It has been a while since we have returned to Houston. SO looking forward to it.

This will be an intimate House Concert and Pot Luck OUTSIDE by the fire. Bring your own everything. Also a rare live treat.

Brenda.s.freed@gmail.com to RSVP and then ya get the Address in Albert, TX