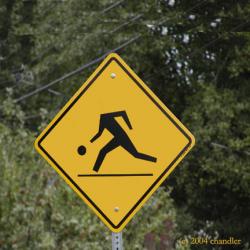 Its that time of the month again

Only twenty more shopping days left until we say goodbye once and for all! 1-20-09!

I say what better way to support the underground economy than getting that special someone Chris Chandler's 20th Anniversary Box set to commemorate the end of the Bush years.

It is a handsome four CD/ one DVD collection featuring highlights from each of the thirteen CDs I have released over the last twenty years.

OK ENOUGH OF THAT!

I have started doing this news letter as a podcast  please take a second to check this out!!!!

It is that time of the year again  This Whirled Retort brings you Chris Chandler's annual year in review because here in America as the year closes Barack Obama was defeated by Britney Spears and World Wrestling Entertainment as top Google searches of 2008. (Really)

BTW My Micro soft word processor does not know how to spell Barack Obama but can spell Dennis Kucinich.

Anyway, here it is folks -- your year in review:

The year starts off with President Bush delivering his last State of the Union address.  A summary of the address is as follows.  "My fellow Americans,  I have really F@#ked things up, and it is the Democrats fault for letting me do it."

Comedians everywhere begin the year of mourning because no one has EVER been so good to us.  Can you say BEST president EVER!?

In a related story

In Iowa, Democrat Barack Obama brought Hillary Clinton to tears as he won the Iowa Caucus inspite of the fact that there are no black people in Iowa.

Hillary Clinton mounted a comeback in New Hampshire which also has no black people but apparently likes seeing women in tears.

Both Democrats and  Republicans were encouraged as Mike Huckabee defeated the cast of Stalag 17 in a bid for the White House on the Republican side.

In an unrelated story

The White House holds a sance conjuring the ghosts of Haldeman and Erlichman as Attorney General Michael Mukasey orders a formal criminal investigation into the destruction CIA tapes documenting the interrogation of two al-Qaeda suspects. The destruction is not inspired because the tapes from 2002 included agency operatives using harsh interrogation techniques. But because his daughter  Destiny (age 16) complained that "Dad, you can't hear tapes on an iPod.  No wonder they hate us."

Fidel Castro resigned ending his term as the longest seated political leader.  He served through every presidential administration since Eisenhower  through one US presidential assassination, three attempted assassinations, one scandalous resignation, one impeachment and two baseball seasons cut short by a labor dispute.

He is widely held by some groups as one of the most evil and hated dictator of the 20th century.

In an unrelated story

prisoners in Cuba who had been held for over half a decade in kennel-sized pens were finally charged with a crime.

Americans are shocked to find that more than 100 Tibetans are killed when Chinese authorities open fire on peaceful demonstrators who were using the approaching Beijing Olympics to call attention to the plight of Tibet. Americans were further shocked when there were no convictions.

The riot occurs coincidently on the anniversary of the first church bombing of the Bethel Baptist Church in Birmingham, Alabama (resulting in a conviction 25 years later), and Atlanta's Hebrew Benevolent Congregation Temple  March, 1958 (no convictions).

Also on this anniversary, hundreds of Venezuelan women were killed  many by machetes -- as they protested the military junta of Gen. Marcos Perez Jiminez. (March 1960)  Jiminez was awarded the Legion of Merit by the United States.

The killings also coincide with the anniversary of UN forces committing atrocities, in both North and South Korea - subjecting  prisoners of war to unspeakable cruelty. Both sides execute suspected collaborators and dissidents without trial. (March 1959)

I could go on.

The US Supreme Court overturns a Washington, DC ban on handguns.

Gen. David Petraeus, the four-star general in command of all U.S. troops in Iraq, is named to take over troops in all of the Middle East.

Dmitri Medvedev succeeds Vladimir Putin as the president of Russia. Parliament elects Putin as prime minister. Americans cry scandal! and suggest Dennis Kucinich while Democratic Party Officials decide to give Florida and Michigan a half vote each at the Democratic National Convention. Hillary Clinton gains 24 delegates more than Barack Obama who is determined by our constitution 3/5ths of a person.

Utah Phillips sings, "All Used Up" for the last time. He passes away in California.

Barack Obama secures the Democratic nomination. He is the first black candidate to head a major party. Jessie Helms dies shortly after hearing the news.

Sen. Hillary Clinton suspends her campaign and endorses Obama for the presidency even though she had just won Puerto Rico and South Dakota. It was neck and neck.  It came down to that. Prompting people to ask  how can we still be having primaries in June?

In an even closer race  the Detroit Red Wings defeated the Pittsburgh Penguins in the Stanley Cup 3 games to 2 prompting people to ask what the hell are they doing playing Ice Hockey in June?

In a related story, Bush lifts the ban on off shore drilling.

Iran's Revolutionary Guards test fire long range missiles, which could reach parts of Israel.  The United States and Israel both condemn the move saying only we should have such weapons.

The Senate votes to overhaul a wiretapping Bill  saying you can no longer tape recordings  but mP3s are OK.  Bush signs the bill into law with an iPod Nano placed inconspicuously in his pocket.

The nation of Georgia attacks South Ossetia  a break-away region that had won de facto independence since 1991 prompting the nation of Russia to counter attack.  America cries foul as it convicts the first Guantanamo Bay prisoner  a limousine driver.

Remembering Hurricane Katrina the Republicans decide to suspend their convention as Hurricane Gustav approached New Orleans.  They didnt want to be seen a second time wearing goofy hats and singing the hits of Charlie Daniels and the Oak Ridge Boys while poor minorities drown in their own feces.

It goes to show you  every-now-and-then  the poorest of the poor can shut down a party thrown by the richest of the rich.

The US removes North Korea from the Axis of Evil list  leaving only Iraq and Iran.  General Petraeus notes that the number of troops deployed in the surge made this a convenient move since the two nations are so close to each other.

Obama and McCain hold a series of debates.  Ratings soar causing all the other TV and Cable channels to confuse viewers by running episodes of Diff'rent Strokes. Viewers have a hard time telling the difference between the debates and those knee slapping exchanges between Garry Coleman and Conrad Bain as Mr Drummond.

In the only Vice Presidential Debate, everyone noticed that the Governor of Alaska said she could see Russia from her front porch.  No one noticed that from Joe Biden's home state of Delaware, (which is not so much a state as a tax haven with a flag) he could see the headquarters of every major bank in the US.

From a hospital in Chicago, Studs Terkel casts an absentee ballot for President of the United States and then dies at age 96.  (really  now that is absent!)

In unrelated events the stock markets crash and banks fail to the tune of 20 billion dollars.  The banks announce they are so tired from strangling consumers that they need federal help or they may go under before they have killed us completely.  The president complies and banks continue to strangle consumers.

While President elect Obama ran his campaign on a theme of ending the war in Iraq and a platform of change, he let it be known he is true to his word.  He changed his position on change while announcing his choice of Defense Secretary will be the same. Only his plans to end the war in  Iraq have changed.  Change indeed.

The Governor of Illinois managed to make the government in Louisiana look good by trying to sell Barak Obama's US senate seat on eBay.  I made a bid for it but had to settle for one of those commemorative coins.

Not to be outdone, Louisiana Congressman William Jefferson  who was caught red handed with hundreds of thousands of (cold) cash in his refrigerator -- was narrowly defeated for his seat in congress by a Vietnamese American Joesph Cao. This proves the old adage the only certain death in Louisiana politics it to be caught in bed with a dead woman or a live boy.

Thanks to you all for a wonderful year in my world.  Thanks for the notes and support.  Happy New Year!

Right after the Inauguration Paul Benoit and I are going on a tour from Pensacola Florida  Over to Austin and back through New Orleans, Atlanta, NC, VA DC and Baltimore.

Please check the dates  if you can help get the word out, hang posters or know anyone that would like to present us  or perhaps YOU would like to invite a dozen friends to your place and we will do a set in your living room.

Please drop me a line.

I am starting to do podcasts of the Muse and Whirled Retort  for last months please check out.

And feel free to link it to sites you know about where people often get pod casts.

I am still in the learning phase but am considering doing a twelve dollar a year subscription  for now though  I would really appreciate your feedback.

I am planning on releasing a book by this summer!  Ill keep you posted.

Speaking of Summer  I will be retiring the first 20 years of material after this summer.  This will be the last tour as you know it.  The Farewell.  Get your dibs in early for a show!

Anyone got any Ideas?

Anyone out there want to throw a house concert?

Baltimore, MD - got any ideas?