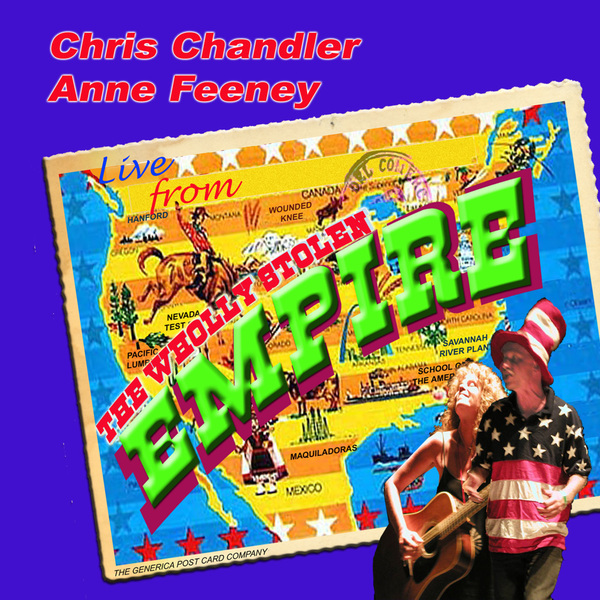 Longtime friends Chris Chandler and Anne Feeney began working together in December of 2000 in Hollywood, Florida as the last of the dangling Chads was being counted and recounted.  That was the first time these two hit the streets together — and they have not looked back — and won't until they single handedly get George W Bush out of office.Since that fateful December they've traveled well over 100,000 miles through 41 states and three Canadian provinces refining their unique folken word show at rallies, riots, festivals, colleges, coffeehouses and occasionally living rooms.The Boston Herald calls them "the most creatively radical performers on the coffee house circuit."   You'll see why when you hear this live CD of all new material recorded at shows all over the US  as the duo was reaching their pinnacle.  Pulled from beneath the little white lines between the picket-lines and demonstrations this is to chronicle the Bush years.