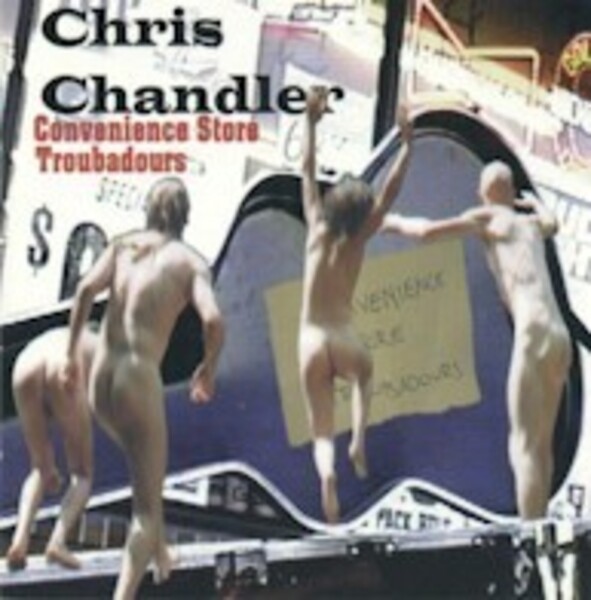 The band "Avoiding Godot" which consisted of Samantha Parton (Be Good Tanyas) David Rovics & Oliver Steck (Slaid Cleaves Band) broke up right after making this album in New York City.  The name of the band was dropped and the collection of magnificent collages called CST was released.


What would Phil Ochs be like if he'd been a young man in the '90s, influenced by Jello Biafra and Linton Kwesi Johnson instead of Elvis and Bob Dylan? Probably a lot like Chris Chandler. The New England-based singer/songwriter expands his horizons on his third album, adding a full band to his formerly solo sound but retaining the half-spoken, half-sung style that first brought him to attention.

"Last Thoughts on Elvis Presley," recasting the singer as a symbol of cultural decay, sounds greatly influenced by Greil Marcus' book DEAD ELVIS, but is nonetheless powerful. "Breakfast Serial Killers," which brackets the album in its original version and a cleaned-up radio edit, is more thoughtful than the silly pun of the title would suggest. However, the high point is "Sex," which juxtaposes a thoughtful and cutting analysis of moralistic views of sexuality with a knife-sharp rendition of Cole Porter's "Let's Do It."