As Seen on No TV 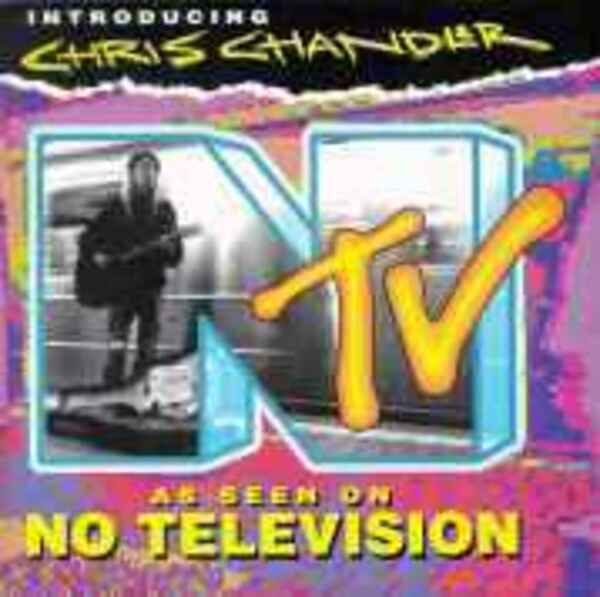 1992's AS SEEN ON NO TELEVISION introduces Chris Chandler, an aggressive, almost combative folk-punk performer who can trace his lineage back to the biting satire of earlier artists like the Dead Kennedys' Jello Biafra, British punk poet John Cooper Clarke, and outspoken folkie Phil Ochs. All the big topics are covered here.[There is] ...politics ("Republican Woodstock," "Watergate Generation"), abortion ("Embryonic Citizenship"), and cultural imperialism ("Whole Wheat Left," "FM Revisited"), each of them examined with scathing wit, provocative ideas, and a subtle sense of compassion that tempers the outrage. Though a variety of backing musicians are credited on instruments as varied as harp, fiddle and congas, the overall feel of AS SEEN ON NO TELEVISION is bare-bones. Chandler's rough voice, which is given to spoken delivery as much as it is to song, and basic guitar are always front and center, giving the songs a folkish intimacy even at their most abrasive.


Chris had been performing almost exclusively on street corners from New Orleans to Harvard Square, Seattle's Pike St Market, to the Subways of NYC for several years when the then preeminent folk label Flying Fish came across him in Texas.  This studio effort recorded in New York City features the material from the long haired street musician days.