The Muse and Whirled Retort August 2022

THE MUSE AND WHIRLED RETROT 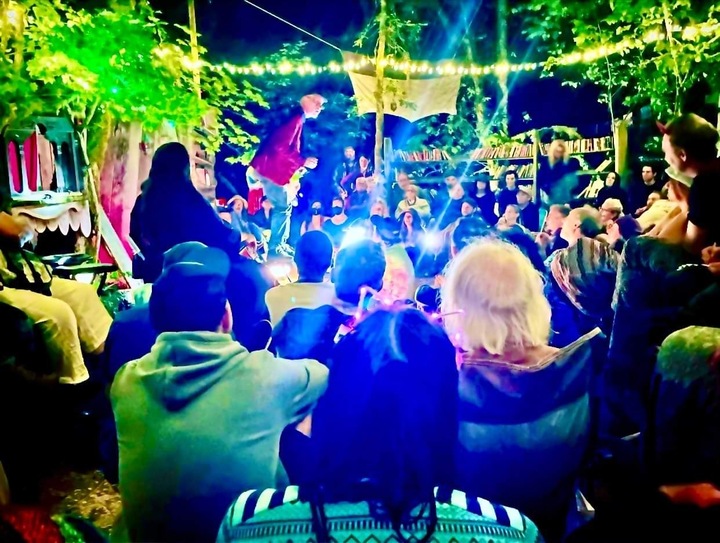 It’s that time of the month again. Back on schedule. Getting this news letter out on the first. 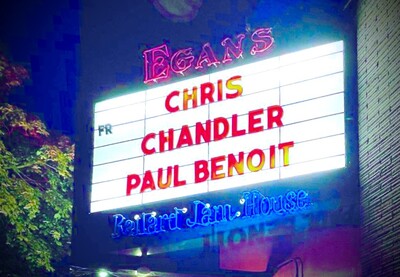 Thank you to all that helped us on our NW tour!

It has been a long needed rejuvenation to be back on the road again, but the tour for the new album! “Don’t Go Back to Sleep” has come to an end. We played our last show on Saturday on Lopez Island, and I am here in Seattle.

I gotta tell ya, it’s been both tricky and terrific touring in the lingering pandemic. Numbers have been down, but spirits high. I feel like not only we need it, but so did the audience. It was almost everyone’s first festival back, first event. And even those that did not attend, sent notes saying they were sorry they couldn’t yet come out of isolation, but were thrilled to see this happening, and we will see you next year! 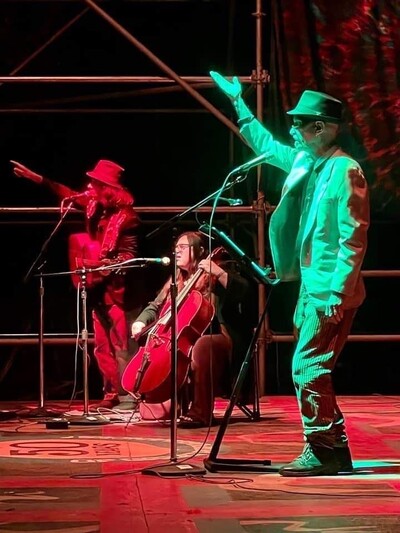 Yes, we had several Covid related cancelations. On top of a major break down with my van. So, yes there have been challenges - but every challenge is simply a hurdle. Little known Chandler fact: I was second in state in the 220 High Hurdle, Varsity squad in the 9th grade!

As for the van, Ya see i bought it back when I was in Pittsburgh taking care of Anne, and up there there is so much snow, and so much salt on the roads - which means rust. I had so much the engine was about to fall out. Really. 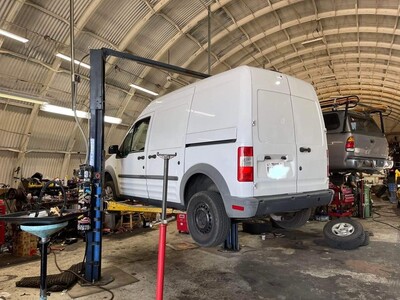 My Van “Pittsburgh” getting her rust fixed.

But under the category of taking life’s lemons and squeezing them on to the Salmon and putting it on the grill, My friend Jarrod Kaplan offered to take me up flying while I was busted down in Eugene.

Now when I say flying, I don’t mean in an airplane, I mean he has this contraption that is basically a lawn mower engine with a kite attached.

He said he wanted to take me up and have me read poetry in the air… well that is exactly what we did, and here is a video of the experience.

I shuffled through the Rolodex of index cards that is the Chandler repertoire and came up with this. I will stop rambling now. Cool Live Videos below!

Here is the video AND YOUR Muse and Whirled Reotrt.

After that - I am going to ramble for second - both poetically and literally, and save the crass commercial announcements for the end. 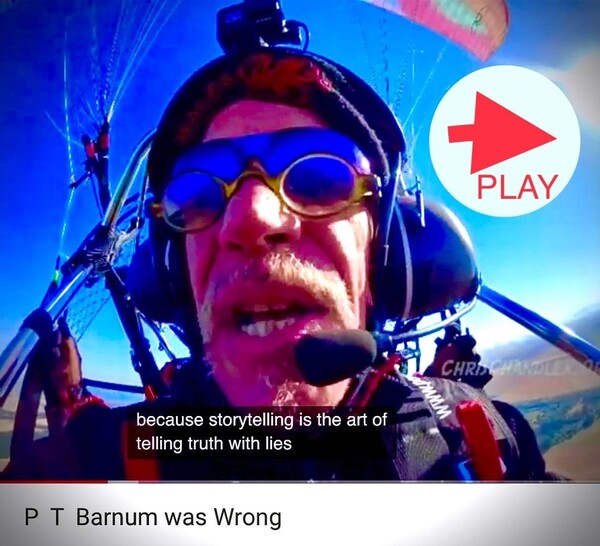 Most of my stories start off with the phrase my car broke down. And this one is one of those. And sometimes you just Gotta take it in stride…because if that’s what it takes to make the story begin… than I’m all for it… because what I’m telling the story… I can fly!!!

I stared at a blank page inside of a new note book… dreaming of the worlds that could unfold from its pages – but the blank page just stared back at me… so, I ripped it from the note book and folded it into a paper air plane and sailed it out the window – dreaming that it was me on board.

I piloted that paper airplane past power-lines and traffic lights… police helicopters and automobile radio antennae - before I landed it next to a parking meter on a city sidewalk and was arrested for littering. While in prison I received a temporary tattoo that read, “youth. “. And I told the others of what it was like to fly. You will see the world in miniature like model railroads and doll houses and puppet shows and matchbox cars.

I remember, as a child my older brother playing with matchbox cars on the living room floor – having such a good time – making up stories about the places the people in the cars would go to – but I was the kid brother – I could not join them – but I I wanted more than anything to be a part of the adventure.

Somehow, I talked him into it giving me that matchbox car he was playing with. And when I got the car I found myself alone with a brand new automobile – lonely as I ever was. It was then I realized: it was not the car at all I wanted – it was the imagination. That is when I realized it is the imagination that allows you to fly!

Look, just because it is make-believe does not mean I don't believe it….

I believe in magic and even more so when I know how the magic trick is done.

Facts are clearly useless – unless used in a metaphor…

Painting with broad strokes like this may cover a large canvas – but when you do – you can't see the picture unless you are standing on Mars.

And when standing on Mars everyone is dreaming of the rocket and the stars. And when sailing in a rocket through the stars all one dreams of is solid ground.

Perhaps it is good that all we cannot have all we want – cause if we had everything we wanted what would we dream of?

So go ahead… Dream of being up there – in a rocket in the stars – for up there you realize that PT Barnum was wrong… the greatest show on earth is life…
if ya don't like it you should find better seats. And you will have the best seats when you learn to fly!

and once you're in it's general admission… There are no cheap seats but there are some very expensive ones.

And to do that you're gonna need a ladder. Or learn to fly.

… the higher you bounce.

And when you get here – who would you rather have a beer with?

What I am trying to say is… even when your car breaks down. life is sweet… unless you don't want it to be… and as any good southerner who has ever ordered iced tea before knows – for that you have to make a special 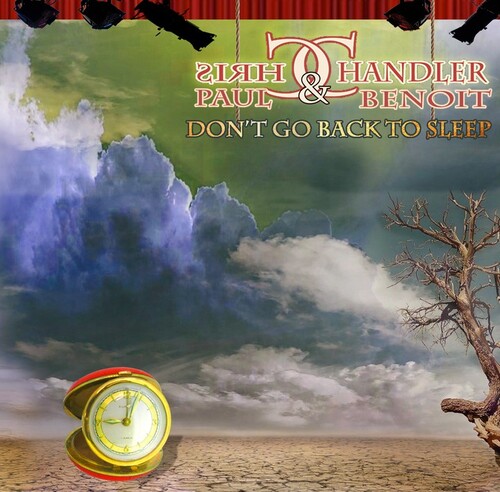 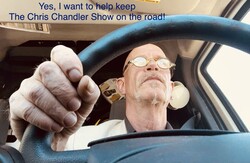 I could use your help

If you would like to support me or this newsletter, I could use your help. 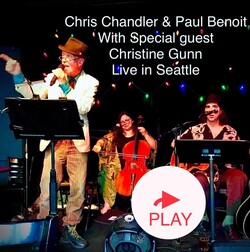 Too new for the new album

Yes I want to support The Chris Chandler Show via VENMO.

Yes I want to be a continuing supporter of The Chris Chandler Show via PATREON. 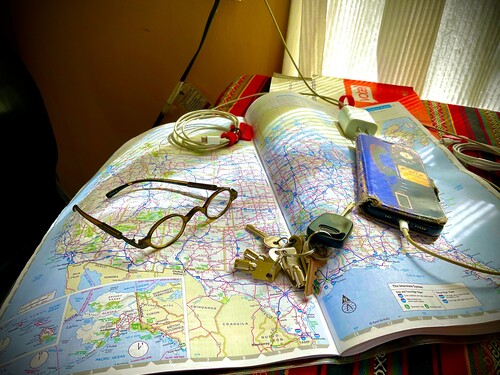 Drop me a line.

So, here I am, in an odd place, the tour is over and I am going to be ambling down towards my new home of Austin, TX. But I have nothing on the books (which is truly unique) and I am in no hurry to get to Austin where it is very hot. So I am thinking of ambling slowly down there. I have a few things I would like to do between here and there.

I have never played in either North Dakota or Nebraska and I am thinking of showing up in one or both of those places and trying to set up a pop up show. If you are in or know someone in either of those places and could help out in me getting a pin in every state in the US I would love it.

#2 I know there are lots of artist colonies and intentional community it's out there between Seattle and Austin, and I would like to pop in and say hello, crash in my van for a few nights and check it out. If you are in one of those places or know of one - drop me a line.

That is all the muse that's fit to print.