The January 2005 Muse and Whirled Reotrt 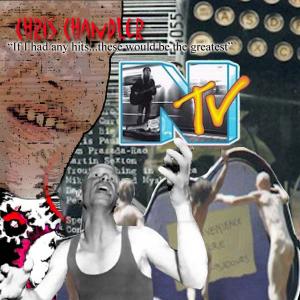 to subscribe fill out the form below and to the right

and as always to get our CDs click here

Will Rogers said, "Half our life is spent trying to find something to do with the time we have rushed through life trying to save."

Some people talk of killing time - but the truth is it is slowly killing us... so here we go.

THE YEAR IN REVIEW:

The year starts off with former Bush cabinet member Paul O'Neill saying on 60 minutes that the Bush administration was planning on invading Iraq long before September eleventh. He went on to say that the sky is blue, the earth is round and that the George's dog was indeed named after the president's mentor, a purple dinosaur.

Iowa democrats respond by selecting a slab of Melba-toast-with-cantaloupe-chutney to win the Iowa Caucus.  Former frontrunner Howard Dean begins to scream.  So do I.

Having learned a valuable lesson taught by insurgents in Iraq, the US began looking for a place we could more easily colonize by linking up with Radio Shack ®.  Together they  send a remote-control car to Mars. George Bush gets upset when he is not allowed to operate the joystick.

A failure in one of the vehicles is said to be caused by a Martian remote control car bomb which was detonated in the Martian insurgent stronghold near the Bonneville crater.  Martians loyal to Osama Bin Laden are said to be at the cause.

Halliburton wins the bid to reconstruct the crater.

Good news for Republicans across America continues to pour in as the democratic slab of Melba-toast-with-cantaloupe-chutney wins five states.  Joe Lieberman announces he will drop out of the race - the news comes as a particular shock since no one knew he was actually in the race.

President Bush responds by endorsing a constitutional amendment banning gay marriage saying marriage between a man and a woman is "the most fundamental institution of civilization."   Since the divorce rate among straight people has topped 50 percent our most fundamental institution should not be extenended to anyone.   I mean, if Bush wants to end gay sex he should legalize gay marriage. Think about it.

Scientists in Korea announce that they have cloned human embryos.  George Bush responds by announcing a ban on homosexual cloning.

Happy homemaker Martha Stewart was found guilty of conspiracy, making false statements and obstruction of justice. Having been tipped off in advance that the verdict would be guilty Martha dumped shares of Omni-vision ® and bought up shares of Court TV ®.

With the verdict in and ratings for Court TV ® expected to plummet, she announced she would appeal and signed the rights to her next court appearances to Court TV ®.

She also signed a deal for a later appearance with former superstar Michael Jackson.  Martha makes millions while in jail and there is no need to appeal, though experts agree the ratings would be good.

Donning an orange jumpsuit and stainless steel bracelets she remains the home decoration queen but not with out a serious threat to her crown from the cast of Queer Eye for the Stereotype.

In an unrelated story... Worldwide condemnation of the American war effort ensues. Insurgents in Fallujah and Basra begin to rebel as five coordinated suicide attacks in Basra kill 68 people.  It becomes apparent that  'Insurgent' is really the wrong word here - because ANYONE in Iraq who is not actually employed by the US military IS an insurgent.  'Insurgent" is simply a synonym for 'Iraqi.'  It has now been proposed that the name of the country be switched from Iraq to The Holy Muslim Nation of Insurgency.

The Labor department announces that in the name of national security corporations are no longer required to pay overtime to any one who is a "manager."  The Mc Donald's ® corporation then super-sizes all of its employees to management positions such as French fry manager and supervisor of floor mopping operations.

At hearings before the Senate and House Armed Services committees, Secretary of Defense Donald Rumsfeld apologizes to Iraqis who endured torture by members of the U.S. military.

Abu Musab al-Zarqawi, sends a Hallmark ® card to the beleaguered secretary of defense saying, 'no hard feelings, chum'.  al-Zarqawi  says that he was encouraged by the fact that the US Justice department has reopened the 1955 case of Emmett Till and at this rate Rumsfeld may too be prosecuted for war crimes in the year 2059.  Rumsfeld will be one hundred twenty seven. Pinochet will be awaiting trial.

Despite increasing number of calls for Rumsfeld to resign, President Bush continues to support him, saying if it wasn't for him I wouldn't have those Abu Ghraib pictures as my desktop.

The nation is stunned, silenced, staggered with grief when a truly great American dies.

George Bush finds himself behind in the polls until Ronald Reagan passes prompting Court TV ®  to make a programming change and begin airing a two week uninterrupted special on the life of Ronald Reagan.  Ratings soar.  All other stations follow suit.

As for the anguishing nation - it remains shocked and shaken as it continues to mourn the death of a truly great American...  Ray Charles.

The 9-11 commission reports that there never was a connection between Al Qaeda and Saddam Hussein and further states that the sky is blue, the earth is round and that George would like to overturn the 13th amendment.

The Olympics return to Athens for the second time in 3000 years.  The Iraqi women's softball team performs below expectations losing a best of five series to Liberia.

In Iraq plans are set for a January election. Polls show the Insurgent party narrowly leading the Insurrection party 48 to 44. The US backed "Friends of the American Military Party" is polling at roughly the same numbers as Ralph Nader.

In Russia two passenger planes go down within minutes of each other.  Terrorists are blamed.  Twelve hours later a suicide bomber detonates a bomb outside a Moscow subway station, killing nine others and wounding more than fifty.  Twelve hours later in Kabul, at least seven people die in attack on American company that provides security for President Hamid Karzai. On the same day a dozen

Eight hours later in the United States however, the big story is hotel heiress Paris Hilton's ® search for her beloved Chihuahua Tinkerbelle is finally over, after the pooch is found alive.  A distraught Hilton initially offered a $1,000 reward, which was quickly upped to a $5,000 payment for the dog's return.

Armed militants attack a school in the southern Russian province of North Ossetia near Chechnya and hold teachers, school children and parents hostage. Columbine's Trench Coat Mafia denies responsibility saying, "With the collapse of the Evil Empire it looks like Russia is becoming more like the United States every day."

South Korea tells the International Atomic Energy Agency that in 2000 a group of rogue scientists have produced a small amount of near weapons-grade uranium stating  "The only way we are going to get the genie back in the bottle is to get a bigger bottle and the only way we can get that much glass is - well - ya know all that sand in Iraq?"

The slab of Melba-toast-with-cantaloupe-chutney reports for duty wearing a military helmet on loan from Michael Dukakis.

CBS ®  claims that George Bush received special treatment in the Texas Air National Guard.  Also revealed is that the sky is blue, the earth is round and that the grass (while being green) is too high at one and one half inches.

New York Times reports that about 380 tons of powerful explosives disappeared from military installation called Al Qaqaa.  Donald Rumsfeld says he believes there is a connection between the missing explosives and the recent eruption of Mt St Helens.  The American public buys it.  George Bush snickers, "Do they really call it All Caa-Caa?" as his popularity surges to an unprecedented 50.25

percent majority in the polls.

Australian and Indonesian archaeologists have unearthed skeletons of tiny people who are being called Homo floresiensis. These 3-foot-tall people had very long arms, heads the size of grapefruit, their descendents have has been traced to prominent US dignitaries including the 19th century born investment banker and rubber baron Prescott Bush ®.

Armageddon begins in the US as George Bush is elected president.

Mrs. Agnes Pinscher of Ft Walton Beach, Florida drafted a letter to FEMA asking for more Federal aid money to pay for water damage caused by the hurricanes that ran through her suburban towne-house leaving her with a lingering mildew problem.  In the letter she stated, "These hurricanes helped George Bush win the state of Florida, and no amount of federal money can undo that damage."

The letter was misaddressed and wound up at a MailBoxes, Etc ®  somewhere on Mt Olympus. The heavy-eyed gods woke up, hung over and read the letter - which informed them that George was indeed elected while they were out drinking.  The mere sight of George W Bush on national television sounding like a red neck with a speech impediment saying, "I have earned political capital and I intend to spend it,"  forced the long-sleeping gods to respond -- bringing about the largest natural disaster in recorded human history.  Some estimates say the death toll will reach 300,000.

Chris Chandler writes a letter to several thousand of the greatest folks alive asking, please,  please can we do everything possible to make this a better year than the last one.

so you were wondering where and when we would be playing?

Drop me a line!