THE MUSE AND WHIRLED RETORT MARCH 2012 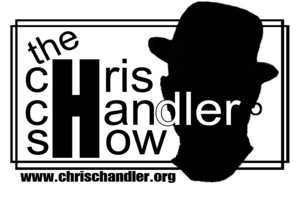 If a ghost can walk through walls - why doesn’t he fall through the floor?

I was thinking about this when I felt myself being stared at...
...by the Abyss.

This made me realize,  I was on the edge of something really big... standing upon a great precipice - and that is probably not the best moment to put your best foot forward.

No, I don’t want to jump to conclusions - perhaps I’ll jump-rope to conclusions.... but I am not taking a leap of faith that doesn’t involve a parachute.

Some one said, that is what wings are for...
...Oh, Screw all that fairy Goddess crap.  I say, it’s what repelling gear is for.  I mean, would you rather have wings or a rope?  Well, if you think someone is going to give you that choice...
...you have already given me your answer.

Sometimes, If ya wanna move forward ya gotta get down - and I have the sinking feeling - we are going down.  But I am an optimist so, maybe that’s not such a bad thing.

I mean. I like the metaphor of hell being beneath us -- because the world is round.  It’s like I’ve always said, “If you’re going through hell - keep going.”  Down is the new up.  Once you get to hell you can push through it -   Sometimes, Ya gotta go down there and wrestle those demons - Hell, ya gotta jello wrestle your demons - and when you do -  you’ll come out on the other side - wondering why every one is speaking in Australian accent.  The world is round after all.

But seriously, sometimes you do have to go through hell.   It’s better than going  through the M. A. double hockey sticks.

This is why I think the Republican party would have the perfect candidate - if only they could combine Santorum and Romney.

I mean think about it - you’ve got (for all practical purposes) a billionaire who will say or do anything to get what he wants (which seems to be the criteria for being a C. E. O.) and a sniveling namby-pamby school marm shouting about morality as she asks you to drop your drawers so she can thrash you with a cain.

Now, the ultra rich - in truth - could really care less about any of this whako conservative agenda:

They don’t even care how much the government spends on the nation’s needy - as long as they aren’t paying anything.  They would rather the poor pay them to live in company housing building munitions that they sell to the government.

The only thing in the world the 1% does not have is people - 99% of us to be exact.    In short, as long as there is something resembling a government, they need a large number of people to support them.  So they will say anything to us to stay in power.  The rich don’t NEED to care about any social issues - they don’t LIVE in society.  They have their own police force - their own schools, their own hospitals - soon they will have their own military.  I am not afraid of Iran getting the bomb.  I am afraid of Exxon getting the bomb.

They just support whatever they think the majority of the impotent insolvent will vote for.  This is why they need Tea-Cup Poodles like Rick Santorum who can shift the limp moral compass of the masses so they think they are taking the high road.

Walk softly and carry a big carrot (which is of course attached to a big stick.)

I picture Rick Santorum with that carrot and stick leading the masses like asses up the high road and then dangling it off the edge.   Mitt Romney at the bottom boasting of all the jobs he is creating down at at the mortuary.

But personally, I’ll stick to the low roads, because storytelling is the art of telling truth with lies.

That high road the others claim to be on is simply a lie.

Down here... I don’t have to worry about falling off a cliff - because like I’ve always said - if you think there is a cutting edge - than you ain’t on it.

Which is why I don’t think this is that “edgy” of a thought...

...if the rich can cross the lines between right and wrong like ghosts walk through walls - maybe it is time they also fell through the floor. Maybe the will go straight to hell - and maybe - just maybe - they will come out on the other side.

nothing else on the books in the immediate future but stay tuned for lots of dates in May June July August and Septemeber.

If you are in the bay area and want me to throw down for an event soon - let me know.