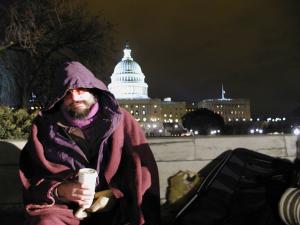 CHECK OUT CHANDLER'S VIDEOS AT CHRISVIDS.ORG

NOTE - time posted was wrong on KPIG interview, it was 10:30am, trying to get an archive copy to post. Sorry for any inconvience. - Karen, Chandler's Publicist


NEW NEW NEW NEW NEW NEW NEW NEW
We have a new DVD available only at shows!  It is what I have always wanted to do.
It features the new videos – many of which we are projecting as we perform.
Something's in the Air, St Augustine, Cracker Jack Cure, and many others – very cool!

The New CD is doing great! by Far the best record I have ever made.
TO GET THE NEW 2 VOLUME ENHANCED CD SET "American Storyteller:" http://www.cdbaby.com/cd/cchandler3


We are looking forward to returning to some of our favorite Festivals (High Sierra, Oregon Country Fair, and the Islands, X Fest, and Freedom Fest) but are disappointed not to be able to make it to some of our favorites - I will miss you Kerrville, Falcon Ridge and SolarFest - maybe we can come back next year!

By the time we got to Woodstock we were…. Hey, there is only 2 of us in this car – but whose counting.  Clearly not the main stream media.  Clearly not Neil Young.  Ya know, Neil – it is not that there are no protest singers – it is there are no outlets for us to be heard.  Not a minor point here.  But, you know, I have been on about that for a long time.  I am just glad that Bush's numbers are now so low – even the country music fans are turning against him – Congratulations Dixie Chicks!  What's next?  I am waiting to see one of those NASCAR drivers with a big peace sign on the hood of his car.  It would really be cool if the car ran on Bio-Diesel.  Willie Nelson's Race Car.

Someday someone is going to prove Einstein was right. But to do it we'll have to learn a lot about ….infinity.


Ya see, Einstein maintained that the universe is round.    He said every straight line in the universe eventually intersects itself. Think about that! The implications are staggering… It would logically follow that Pat Robertson and Jerry Falwell will eventually admit that they have always been secretly attracted to each other. Perhaps move to Canada… admit that they've always been… Episcopalians.

Perhaps this is a good place in the news letter to mention that next Tuesday will be 6-6-6.

You too, Heard the rooster crow, at the brink of kingdom come
But you rolled over and mashed the snooze button, and we slept through Armageddon.

If everyone is raptured up to heaven – we could get good seats in the theatre they say – It's like when ya don't like football and It's Superbowl Sunday."
(from "No one I could talk about this With" Collaborations Chandler Rockstroh/Catie Curtis)

Anyway – who has time for all this Armageddon stuff – hell, who has time for anything these days?  I am too busy trying to make the minimum payments on my credit card to pay for the time saving devices I keep buying (like this computer I am typing this letter on) in order to gain a little more time.)

Did you know that there are computers that do nothing all day but try to count to infinity?  I read about it in the paper.  But now, Computers count in base 2 – 1 0 100 101 – we count base ten – because we have ten fingers.

But, I was thinking… since the Count on Sesame Street only has 4 fingers -
shouldn't he be counting in base eight?

In the end, there are ten types of people in the world – those who know binary and those who don't.

Usually only about eleven in ten-thousand people get that joke

Anyway, the way I see it –  if the universe is round then infinity is just one
digit shy of nothing.

The bible had a little run in with infinity that seems to confirm this
notion.

Weren't the architects working on the tower of Babel trying to reach the
infinite?  Shouldn't the subcontractors have realized the problem with this project?

Ya get too close to infinity and poof – you're back to zero.

Ya get too close to heaven - and ¡poof! you find yourself speaking
Spanish in a Chi Chi's in Dubuque, Iowa - trying to order "Pollo
Guadalajara" and having a teenager in a polyester uniform asking - "¿ya want that with beef or chicken?"

As for me -- I went for years thinking Taco Bell was the Mexican phone
company.

So one day one of these computers counting to infinity is going to
spit out that the next number in succession is zero?

It's only a matter of time… Which will prove that infinity is just one digit less than zero?

So I can tell the bank – "hey! I am not four-hundred-seventy-eight
dollars overdrawn -  I have nearly 500 bucks more than infinity"- Ok, you might not be buying it yet, but I convinced a half dozen accountants at Arthur Andersen.

And the bank officer who is going to approve my loan for a new Cadillac.
Yes friends now I can simply back my way into the two car garage of heaven...


Only I find that Satan has his SUV parked on the other side.  It's a Ford
Explorer with Firestone tires and a bumper sticker that reads - "This Machine Kills Fascists."

Anyway - the point I am trying to make here is that if I sit around and
count my blessings - and my blessings are infinite - will I one day discover
that I have none?

Seems we are always trying to reach perfection - like infinity. Throughout
human history – some new invention comes along that changes us for ever - the wheel,  the printing press, the Lay-Z Boy.

Civilization is changed until we have only vague stories of the past.

"Grandpa - tell me what it was like before Iraq became the 53rd state?"

Civilizations do expand - until they bump into others - also striving
for their own sense of perfection.

Manifest Destiny.   One  man's Destiny is another man's chapter 11.

BUT THIS IS NOT A RACE

Perhaps it is our flaws that keep us in balance.

Maybe we could perceive each others' "flaws" as assets.


Maybe we would see the kingdom of heaven that is indeed spread out
before us.

See ya out on the road – it goes on forever ya, know.
Here's the announcements:
*********
VERY  IMPORTANT:
As many of you know I am one of the production managers at an annual demonstration at Ft Benning Georgia to close down the school of the Americas.  (for more info on what that is www.soaw.org)

Well, we may be getting our wish. (really)
I am optimistic – but really I don't know why.  Last time we got Congress to stop funding this EVIL training ground for War lords in South and Central America they Just Renamed the thing an hour later and it was right back to full funding.  (really!)
Anyway: here is the skinny:  .
National Call-in Days to Close the SOA/WHINSEC

Tuesday, June 6 and Wednesday, June 7:
Call Congress at 202-224-3121 or toll free at 888-355-3588.
Please take the time to call the DC office of your Representative through the Capitol Hill Switchboard at 202-224-3121 or toll free at 1-888-355-3588. Ask to speak with the foreign affairs legislative assistant. Here is a suggested message for you to convey:
"I am calling Congressman/woman ________ to urge him/her to vote YES on the McGovern amendment to the Foreign Operations Appropriations bill. This amendment is a cut in funding for the School of the Americas/ WHINSEC. New information indicates that WHINSEC has allowed known human rights abusers to instruct and receive training at the school. Argentina and Uruguay are two more countries that have made public announcements they will no longer send students to the school, citing the negative image and history of this institution. Voting YES on this amendment sends a positive human rights message to Latin America and will help to improve the U.S. image abroad. As an elected official in Washington D.C., I hope you will represent me and vote YES on any amendment in the House that would cut funding for the school."

I rediscovered this poem by WH Auden shortly after 9-11 - as it was circulated widely on the internet. D. R. and I recoded it for The American Storyteller Album: https://chrischandler.org/index.php?page=cds&display=88

I am excited about this one - because I actually shot about 80% of it.

If you can't play Windows media player files, check back later in the month for other versions.

We are looking for a date in Oh say, St Louis or Kansas City or somewhere midwestish on June 22 and or June 23 as well as July 26 or 27.


That is a pretty big area - Madison??? You out there?

I am have finished the new David Rovics DVD including 5 music videos I made for him in the past few months. http://www.davidrovics.com  it will be released in September – Sorry we are keeping it under wraps till then.