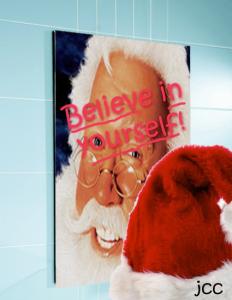 Hey everybody.
It's that time of the month again.

Only a fw more shoppig days left…and I say what better way to support the underground economy than getting that special someone Chris Chandler's 20th Anniversary Box set.

Sorry so late this month.  I have been in my home town of Stone Mountain, Georgia.  This is the first news letter since the election….

I was in DC on Tuesday, November 4th.  Holy Cow!

From 11:02 (the moment the polls closed on the west coast and the media announced the election) till the wee hours of the morning a traffic jam formed on the blocks that surround the white house.  People laid down on their horn.  All night long George was treated to one continual thousand car horn salute.

People were excited.  Excited for the change Barak Obama has professed will come.

Upon his election last month – yes,  in 2008 -- there are people alive on this earth whose parents, not great grand parents, not grandparents – parents – were slaves.  If you were born in 1863 and sired a child in your 50s, that child is now in their 90s.  It has been a short time.  It has been an eternity.  Change.

In the year of my birth, Martin Luther King said in his I Had a Dream speech, "Let freedom ring from the Stone Mountain of Georgia."  Because he longed for change to come to America.

He mentioned my home town because at the time it was the home of a very powerful Ku Klux Klan reeking terror throughout the south land in which I was born.  Because of the Klan, it is also the home of the world's largest carving – the Confederate Memorial where the stone images of the three Confederate leaders are indelibly chiseled to the side the mammoth slab of granite that inexplicably protrudes from the Georgia red clay larger than Mount Rushmore itself.

In 1915 the modern Klan was formed on this site in a ceremony that involved burning a cross from the mountain's summit.  The inferno was so large it could be seen from the city of Atlanta some 20 miles away.  The inferno it represented was much larger. The rebel revelers longed for no change to come to America.

It was in that setting that I came into this world.  I saw my town of three thousand grow on rally days to ten thousand hooded heroes march through the town as young girls through flowers at their feet.  How could I not long to be among them.  I did.

Upon the outcome of Brown Vs Board of Education, the state of Georgia changed her state flag to add the Confederate battle flag as if to say, "Change was never going to come to America."

I am probably the youngest person you will likely meet that went to a segregated school. In 1970 Jimmy Carter defeated Lester Maddox for governor and went about practically desegregating the last of the segregated schools. Change was coming to Georgia.  I was in the first grade.

I played football on the first desegregated little league team in my county: The Central De Kalb 85 lb Packers.  Before they were the Packers they were known as… yes… The Crackers.  Donning a "University of Georgia G" on our helmets I found myself on the opposite end of the America I had known.  I learned to depend on, play with, sacrifice for my black team mates.  Team work.  When The Packers played teams in counties more isolated than De Kalb I found my team and therefore myself on the receiving end of  jeers and threats and even getting into sand lot brew-ha-has defending… defending.. well, my team but vicariously desegregation.  Change was a foot (ball.)

As I was growing up, Stone Mountain was a white trash trailer court. But this too was changing.  Atlanta, the city too busy to… care, beat Birmingham in a bid for a major airport and sprouted like the Kudzu on either side of the Hank Aaron Highway.  A city with no navigable waterway instead became --  not a port city but -- an airport city.  Change was coming to the world.  She grew from 300,000 to 4 million.     The dirt road I grew up on is now a four lane highway with a traffic light.  Co-Cola, CNN, Home Depot and the rest.

The growing city won a bid for the Olympics in 96.   The long distance marathon event ran round Stone Mountain itself – now an Atlanta suburb -- with the finish line in front of the monument.  Robert E Lee, Stonewall Jackson, and Jefferson Davis' granite gaze cast down upon a Kenyan runner, black as the population of Stone Mountain, throwing his hands into the air passing the finish line with Georgia's Confederate battle flag blowing in the breeze.  Change was coming to America. Georgia changed her flag.

The white flight that inevitably parallels a growing city blew right past Stone Mountain leaving in its wake a suburban black middle class.  The words "Stone Mountain" were on the pages of the New York Times for a second time in her history when the town that Martin Luther King singled out elected a black mayor.  Change was brewing in America.  Only some old timer whites remain.  My mother is one of them.

I came to visit her recently.  At the corner of Rockbridge Road and Cynthia McKinney Blvd (another African American that ran for president this year) there is a shell station down the street from my mother's house.  A young African American man approached me wearing his mall bought Negro League baseball jersey (made in Bangladesh) and blood-diamond bling saying, "You have no idea where you is."

I do.  One visible sign that change is at hand is that a black teenager was willing to take a ride with a middle aged oddly clad bald white man.  I took him to the old city hall, now a museum.  I showed him the bell presented to the town by the King foundation to let Freedom Ring.  I took a drink from the colored water fountain I would not have been allowed to drink from as a child.  He in turn drank from the "white."  Parts of my childhood I am glad to have relegated to the annals of small town museums.

The city of Stone Mountain carried Barak Obama , but not the state of Georgia.  But more importantly he carried the nation, and… the vote of my mother.

Change has come to America.  "Let freedom ring from the Stone Mountain of Georgia."

Many of you Have asked me about the story I do about the graveyard in the Atlanta airport.  It seems that a law in Georgia has been changed and many of the graveyards around the airport are being moved to a place with more "dignity."

I have featured "This is not a folk song" (The video) on my home page.   Please give it a view.

Frank is unsure if his family's grave will be coming out too.

Holy Cow are you kidding me?
Chris Chandler and Paul Benoit
In the Gulf and Texas? Yes!  And we need your help.  If you wanna host a house concert or know of a venue that needs to see and hear this show between Pensacola Austin and Baltimore, MD – please drop me a line.

*******************
Only a few more shopping days left…and I say what better way to support the underground economy than getting that special someone Chris Chandler's 20th Anniversary Box set.