The Muse and WHirled Retort OCTOBER 2008 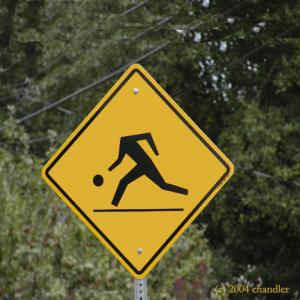 The way I see my life.

Hey everybody.
Its that time of the month again.
First: This is the 10 year Anniversary of The Muse and Whirled Retort!  I sent my first one from New Orleans in October 1998.

Second:  2008 is my 20th Anniversary of being on the road and to celebrate that:

All week I have been hearing the ghost of Ronald Reagan shouting, "Tear down that Wall (Street,) Mr. Bernanke."

Are we really trying to socialize Wall Street?  It makes sense.  I mean who are we going to borrow this 700 Billion from?  China…  The Communists?

It make sense – Communist China has been selling us toxic milk, dog food and led paint – I guess we should sell them some Toxic Debt.  Maybe this is our way of bringing the successful new capitalists – Communist China -- down by becoming unsuccessful Communists ourselves.  Turns out Karl Marx was wrong when he said, "The last Capitalist we hang will be the one who sold us the rope."  No, we'll buy the rope from you and hang ourselves, thank you.  Capitalism grows to be Communism yet twenty years after the Berlin Wall fell – we wind up getting only the lousy parts.

Where is our college education?
Ummm… Our space program (congratulations, China BTW)

Where is our health care?

Hell, we just bought the world's largest insurance company,  American Ignorance and Greed, you'd think we could get health care.

Does it help for our President to be running around yelling, "The sky is falling."  Our Treasurer was literally on his hands and knees begging us to agree to another loan from foreign investors as he raised our credit limit to 11 trillion.  Raising the credit limit of people who can't afford it is what got us into this mess in the first place.

On a personal note.  I see Wachovia is going under.  I wound up with a Wachovia account because I had the same bank account since I was a teenager.  At the time it was called Central Dekalb Savings and Loan.  Well, they got bought by one bank and then another until it was Wachovia.  The point is I had this account for 30 years it just changed names every couple of years.

After it became Wachovia, I had an incident – granted my fault to a point  -- where I thought  a check had been deposited.  I continued to use my ATM card for a few days before I realized it and got hit with $800 in bounced check fees at $45 a pop.  $800 for one mistake.  How can these guys be broke?

Also, I had been given a thousand dollar line of credit – which I was late on a payment and the next thing I know its up to 40% interest.  Late fees, over the limit fees, bounced check charges.  They found all kinds of ways to charge me hidden fees.  I have paid that thousand dollars a dozen times over,  I had to go to a loan shark to pay the bank off because his terms were more reasonable.  How could these guys be broke?

…Hey, I got an idea – this guy doesn't have any money – lets charge him for being broke.  We'll get rich rich rich.

That is when I ended my 30 year relationship with that bank.  Now that what little bit of money I have has been pulled from their vaults – with this bail out – they are STILL finding ways to take my money.

HOW COULD THESE GUYS BE BROKE?!

It's like my friend Roger Manning used to say, "People work hard their  whole lives – wind up with nothing.  Me, I ain't got nothing but at least I didn't work hard for it."

Their CEOS are making a kings ransom while with their golden parachutes.  I only wish it was a real parachute made of gold Like King Midas jumping out of a 727 – splat!

But, No it ain't like that… them banks are a bunch of deregulatory robber barons when they are making money.

But, robber barron ain't good enough for them… At least the robber barons of the Gilded Age:  Mellon, Vanderbilt,  Rockefeller, Carnegie – they left us with concert halls, public libraries and museums all over the country – some of the finest buildings ever made.  What do today's Robber Barron's leave us with?

The Sam Walton Junior High Sports Complex in Texarkana, Arkansas?
Put it next to Carnegie Hall – Hell, you can hardly tell the difference.

But as soon as today's robber barons start loosing money.  They change their tune – They put their hand out -  they become a bunch of socialist pinko bastards giving a hand job to the corpse of Kruscheve.

Since it's you and me loaning them the money, I think we should be able to do to them what they have been doing to for years… charge THEM late fees, over the limit fees, bounced check charges and 40% interest.

I say today's World Bank is the biggest merchant of death since the Spanish landed at Hispaniola.  They are a lot like Pizzaro with the Incans pointing a gun and sayin, "Give us your gold. "

Only – like you and me -- the Incans didn't HAVE any gold.  But that didn't matter then and it don't matter today – they will hunt you down till you get down on your knees and give what little you got to the great God Citi Bank.

We wind up paying for last months groceries a year later.  Forced to pay for the sins of survival, for you are forever haunted by the Ghost of Purchases Past.

I can hear Lionel Berrymore in A Christmas Carol stepping up to the microphone --  the chains of 40% interest around his neck trying to wake Discover-Visa Scrooge saying, "What's in your Wallet?"

How could these guys be broke?

Here is why: The banks got so fat from eating each other that they can't see the ground you and I stand on.

OK Sure - look at my bank account – it is clear I am no financial genius.

But it does seem to me that the problem is that these banks have gotten so large that they have NO personal relationship with their customers.

With smaller well regulated banks that can't afford lobbyists but can afford to ride down the street and look at the building they are investing in and can develop a personal relationship with their clients we would not be in this mess.

Where is Jimmy Stewart in It's a Wonderful Life when ya need him?

Sure we are going to have to prop these companies up – if only to keep them from falling on us.  So, while we have them propped up – let's break these behemoths up.  If an institution gets so big that it threatens to take down the country when it falls I consider it a threat to national security.

It turns out that what I have always suspected is true…

…The real terrorists are the bankers.

If two airplanes hadn't taken down the World Trade Center.  The world traders would have done it to them selves.

Since this is the tenth Anniversery of the Muse and Whirled Retort – I am going to be releasing a printed bound version of the "Best" of this news letter sometime this summer.  If you have any suggestions I am all for it, and would love love love to hear from you.

If you are in this area, and would like to present us at anything from a house concert to a club show or Union hall – please oh please drop me a line.