The Muse and WHirled Retort FEBRUARY 2008 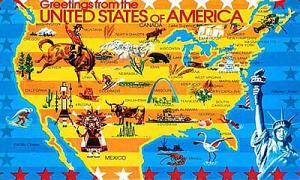 Hey everybody it is that time of the month again!
Thanks so much for reading my lil monthly missive and for passing it along to your friends.  As always the news letter will be followed by some important anouncmets from our sponsor (me) as weel as some thank yous and the dates.

Paul Benoit and I are excited this month to be doing a mad dash across Oregon and Washington.  If you are in The NW please check the dates.  If you see a hole in our calendar and we are in the area please drop me a line.  In any event here it is:


In times of great crisis the world turns to great leaders – Winston Churchill Franklin Roosevelt – and who do we have running?

Well hang on ladies and gentleman – This is a visit to six flag over Mecca and the rides in this carnival are very very dangerous...

Step right up. It's a visit to one of those genuine, carnivals of olde. Complete with cabinet freak shows and foreign policy roller-coasters, multi national corporate clowns, and phony Media mad men hyping a rigged game that promised something of value but is impossible to win.

Leaving us to pick the cheap prizes that no one really wants.

But we do it in the hopes of replacing Forrest W. Gump -- that tiny stuffed buffoon dressed as he's a stuttering Wyatt Earp in a bad Ronald Reagan Western - standing on the trophy shelf to the right of his father, Ronald Reagan and Richard Nixon.

See the Puppet show – with some new faces playing some familiar roles. On one side of the stage we have Mike Huckabee as Huckleberry hound – the sniveling  southern dog who cant understand why he cant get a job as the local dog catcher.

John McCain as Mr. McGoo that doddering old man who may have had an admirable past but is now as blind as a bat.

For tonight's performance, the role of Clarence Thomas will be played by Al Jolson.

Hillary Clinton plays Pluto – Mickey Mouse's trained attack Dog who seems to have lost – or maybe never had – any genitalia.

This show once featured Ronald Reagan as a marionette for big business.  but now the same old guys have their hand stuck so far up the tight rectal sphincter these candidates that they can operate them like a hand puppet.

"Thrills spills and adventures
you'll cry you'll scream and you'll laugh
Take a peak behind the red door
for only a buck and a half.."

Here ye Hear ye walk this way!  – Ride the latest ride known as The Time Warp.  We take you right back to the 1970s with rising gas prices, an unpopular war, Wire tapping and a democratic ticket that looks like an episode of the Mod Squad - with a good looking black man who is never seen in the company of another black man, a blonde white chick – a former prostitute – or partner in the Rose Law Firm (we are never sure which) and some rich white dude earnestly concerned for the less fortunate.

Down at the Disney Hall of Presidents Bill Clinton accuses Barack Obama of running a fairy tale campaign. It's a fairy tale in which the king tries to get his queen elected to the White House.  And he refers to the Bush Administration as just the intermission to The Clinton Years while singing:

Ladies and Gentleman – it's a shell game – step right up – which rock is Bin Laden hiding under -- while you stand there mesmerized, You find your pockets have been picked while your civil liberties disappear before your very eyes.


Our mighty strip malls and department stores homogenize every speck of variety so that the only sense of innovation we have anymore is new and different ways to export super sized blandness to every possible customer in the global theme park. The Hard Rock Café, Islamabad, Six Flags over Mecca and At the food court we may have to convince Mexicans just what a chullape supreme but, Hey Taco Bell is "The People's Taco (registered trademark) but that's nothing compared to the Mc Moslem Burgers, A Somoza with cheese Mc hoof and mouth disease and KFCIA.


"Would you like to buy a bottle?
We swear you will never grow old.
It takes lines from your face, it'll get you a date,
it cures the common cold!"

Hang on to yer wallets – as we play mathematical gymnastics and cut corporate taxes the exact amount that corporations donated to election campaigns.  Hmmm.

"…Pay no attention to that corporation behind the flag."

and no matter how many times they sing:
Ruin a perfect wilderness for a quart of natural gas
Cut Taxes for the Rich and Give the poor a bath

But, it always ends with the same old line: "It's a small mind after all."


Go See Madam Zelda
her crystal is true to the end
she'll tell you about your future
like how much cash you will spend.


State by state candidates are elected by the overwhelming in-difference of the American people. Recent public opinion polls now shows them divided between "end the war in Iraq and start and new one with Iran.

47% saying we need to stop illegal immigration by building a fence across our southern border.

23% of those saying we should hire illegal immigrants to do the work.

While all economists agree that the best way to get that to happen is by destroying our own economy to the point that we can get the Mexicans will build the fence to keep the American workers out of the American Factories – in Mexico.

As for the rest – they conclude: "The bombing in Baghdad should continue until the president's approval rating goes up."

But – please, who ever is elected president – when you are done establishing a democracy in Iraq – we could sure use one over here.


Monday, February 4th, 2008, 8 PM
Ashland, OR
A house Concert at the home of Kristen Schipper
RSVP to kirsten@ashland-homes.com