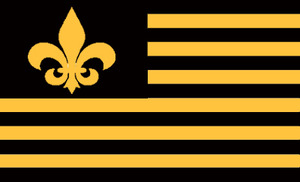 To get the new CD, click here:i want the new chandler CD

To support this newsletter go to {http:www.chrischandler.org} and click the coffee can to your left.

Hey everybody,
It's that time of the month again… well a little past it actually…
OK.  I am late getting this out.  We have had 4 feet of snow in DC and it is still falling.  I am moving to Oakland, CA  in the next week or so, booking two tours – and well… The Saints are going to the Superbowl (r) !

I had all of these ambitions about writing a stirring piece about Haiti and its history – a piece I have wanted to write long before the earthquake. I will write that piece – believe me  It is not lost on me the similarities New Orleans and Port Au Prince .  For those of you looking for a good place to donate to his very important cause – I recommend  Partners in Health.

For two centuries, Haiti and New Orleans have shared deep cultural and historical ties, dating to the 19th-century when Haitian refugees fleeing the Caribbean island's slave revolts relocated to New Orleans, forever inscribing their culture on the city.

In turn, New Orleans has stamped her culture on America. Now the two places share another, less-enviable unity: near-total destruction. From destruction there is hope.  Hope is intangible.  Hard to define.  Dictionary.com defines it as the "belief that events will turn out for the best."

Sometimes it is all you have.

Four and a half years after Katrina all is not well in New Orleans. But today there is hope.
It has been the butt of many a joke – mine included -- but the Saints are indeed going to the Superbowl (r).
They said Hell would freeze over – and well Washington DC got hit with four feet of snow.  I know, I have been digging out of it all day.

The Saints have done more than just provide a distraction for a city struggling to rebuild.  I know from responses to this news letter – that most readers could care less – or worse even repelled by the notion of professional sports.  For good reason.  I even agree.  So At least give me a chance here – for as many of you know – I have been an avid if not rabid fan of the Saints for two decades for lots of reasons.  No I am NOT a big fan of the NFL (r), its politics or even of American football as a contest.

However, even the most cyical politico would have to agree that little has done more to improve racial relations than professional sports.  It is the great equalizer on the loading dock and assembly line.  It brings together people of different backgrounds, race, religion, and political affiliation.

The Saints played their role.  There were no teams in the deep segregated south before Atlanta and New Orleans came into the league in 66 and  67.  Southern colleges had not yet desegregated their football teams.  The University of Georgia did not do it until well into the 70s.  Having two professional DESEGRAGATED teams in the deep south was a major motivator for universities to desegregate their teams.

I worked in the (for lack of a better word) the service industry in New Orleans.  She was a poor city well before Katrina.  The Saints were largely the NFL's (r) League doormat. They had (until this year) the WORST overall record in the league.  After 42 years they had NO ONE in the hall of fame. Their most notable player – Archie Manning – never so much as lead them to a winning season.  Infact they did not have a winning season for their first 20 years.  They did not win a play off game for 33 years.

Having a team (even a bad one) in the NFL's (r) smallest -- and by far poorest market -- meant bringing money into the community.  A lot of it.  Face it, If you were the fan of some out of town team – and you could afford to go to one "away" game… you look at your schedule… you are going to New Orleans.  Its affordable.  A terrific destination, and the odds are your team would win!

When the Saints lost at home the bars on Bourbon would be packed.  Everyone was in a good mood.  The out of town tips would flow.  On those rare occasions when they won – fights would break out – tourists did not tip.  None the less – Saints fans filled the stadiums with paper bags on their heads.  They called themselves the Aints and continued to buy tickets accepting their role as America's lovable losers.
As Katrina hit, the Saints took on a new identity.  They played every one of their games on the road as scattered as half of its citizens calling San Antonio, Baton Rouge and even New York City "Home."  They barely won a game.  Nor did her scattered citizens. There was a lot of talk of losing the team that the NFLs beleaguered market loved soooo much!

But the Saints returned.  As did growing numbers of refugees.  They symbolized a return home. In the year following the hurricane the team brought hope to New Orleans posting their best season on record. As the Superdome – we all know what happened there  – reopened to the tune of U2 and Green Day the Saints began to symbolize hope.  They began to win.  And today, as some semblance of normalcy returns to the city – the Saints are on their way to the Superbowl – the most widely watched single event in the world.

New focus is brought on her recovery – which is far from over.  A victory would mean continued focus, continued awareness.

I prayed for them to make it this far – if for nothing else it gave us two more home games.  Two more chances to fill hotel rooms.  Two more chances for out of town dollars to flow into a city that desperately needs it.  Also, I believed that two more weeks of focus on the city would help bring focus to a subject so many of us have forgotten about.  I knew that in this case, Football – yes football – might raise awareness to one – people who are not normally in any way politically active – and two – would give an excuse for other news agencies to focus on her.  Last night – as I was debating what to write this newsletter about – Rachel Maddow nailed it.  She went to New Orleans (Not Miami where the Superbowl (r) is being held) and made a case to her viewers. –  I am her demographic could careless about sports – but you bet by the end of her broadcast they sure cared about New Orleans.

New Orleans will hold a parade win or loose – hell they don't need much of a reason to hold a parade.  But the massive underdogs in this game defeating the very worthy Indianapolis Colts (Ironically led by the son of previously mentioned Archie Manning) would in deed bring hope to a city that still needs it.  Badly.
It would mean we can win this thing.

The city can be triumphant.  If Americas lovable losers can pull themselves up this far – than by God the whole city can too!

So even if you could care less about the game, stop and pause for a moment, hope, or pray or think or meditate for a second today about the city.  Triuph of Adversity.  I do believe in the power of collective desire.
It is Desire itself I long for.

And you, 9th Ward New Orleans,

Friday, March 12th, 2010 8:00 PM
with Paul Benoit
House Concert
San Francisco, CA
This will be the first show of the new tour featuring New Videos.  For more info or to RSVP jen@kelticdesigns.com

The black box theater is a relatively recent innovation, consisting of a simple, somewhat unadorned performance space, usually a large square room with black walls and a flat floor. Such spaces are easily built and maintained, and are usually home to plays or other performances with very basic technical arrangements, such as limited sets, simple lighting effects, and an intimate focus on the story, writing, and performances rather than technical elements.


THE LATE APRIL  EARLY MAY DATES ARE COMING
BUT IF YOU ARE IN ASHVILLE TO BOSTON AND WOULD LIKE US TO COME PLAY GIMMIE A SHOUT!