The Muse and Whirled Retort November 2010 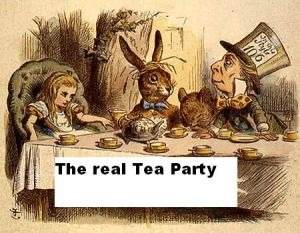 I.N.T.R.O.
A DAY OR TWO EARLY THIS MONTH
That is because of Halloween weekend and so many of these dates have just been finalized   I know ya can't always read this, but use it as an excuse to drop me a line and say hi.

Join me on face book:  by clicking
for daily one liners or pasting: www.facebook/chrischandler.org

To subscribe to this news letter by clicking:
I WANT THE NEWSLETTER NOW
or pasting https://chrischandler.org/index.php?page=signup

To get the new CD, click here: I want a chandler CD
or copy and paste: http://www.cdbaby.com/cd/chrischandler12

I spent all my political capitol and all I got was this lousy gridlock.

They call themselves the Tea Party and they claim to be a grass roots organization aimed at the common man – and against the elitism in Washington, however their primary aim seems to be to restore tax cuts for the wealthiest Americans,  who are the only ones who have not received one in the Obama administration.

I mean, when they call them selves "Tea Parties."  I assume they are naming them selves after the afore mentioned event but I am not really sure.  They do wear three cornered hats and sound like they have drunk a few to many Sam Adams. Their ideals, however, seem to have more in common with some blue blood aristocratic ritual involving the serving of tea from heirlooms with finger bowls and mango chutney than what happened in the bitter cold Boston winter of 1773.

Ya see, in 1773 the East Indies Company (the Wal-Mart of its day) which owned the tea that was thrown into the Boston harbor was actually receiving a tax break.  The enormous profits allowed the East Indies company to avoid middle men (ie colonial merchants who did not receive such a tax break and had no representation) and set up their own "big Box" stores driving local merchants from business.  (sound familiar?)

If the Tea Party wants to resemble the Boston Tea party they should go out and hijack a Wal-Mart truck and throw its goods into the Boston Harbor. They should protest goliaths like Exxon and Mobile and BP and Haliburton. They should commandeer a freighter and pour the oil into the ocean.

They should have come to Washington DC and join Jon Stewart in “The Rally to Restore Sanity” primarily for the cause of DC state hood.  The license plates there by the way read "No Taxation With Out Representation."

There are after all more umm… American citizens?  in the District than there are in the State of Wyoming. (Who gets three votes in congress.)

I see these guys  -- especially in places like Arizona  (where I was yesterday)  walking around – openly armed – yet they would raised holy hell (a funny oxymoron)…. if they saw a guy with a turban walking through the streets of America openly armed.  In fact as we get closer to election day the Tea Partiers seem more and more like armed thugs as they claim free speech and the right to bear arms.  Lewis Carroll in deed.  Hmmm… I am sure if it was a Muslim group stomping on heads in the streets of Kentucky, the Tea party would change its tune.

The end result seems to be an election that has spent more than the gross national product of the countries we are trying to keep from immigrating to this one by building a wall – oddly with public money… which is the very thing they seem to be against.  Lewis Carroll indeed.

We have seen the end to any thing  “Public” – such as… public discourse.  Public phones, Public lands, Public squares, Public schools… Public health.  In the next two years will be Public Libraries, Public Radio, and Public Elections.

I say put the Public back in Public Funding and the Private back in Private Parts. But I digress..

The end goal seems to be to do anything to obstruct the President.  They have been successful.

We already have grid lock in congress.  Get ready for the republican cure as proposed by Lewis Carroll: cure the traffic problem by removing public transportation and flooding the streets with cheap gigantic new cars that are being driven by people who don’t know how to drive.

And it makes you feel better,

And you get to wear one of those smug little “I voted to day – did you?” stickers.