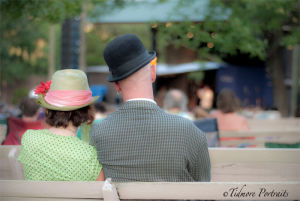 This is the 12th Anniversary of this newsletter!!!  It now has a subscription base of over 10,000!  Yes, every month for 12 years I have written you a new piece.  I realize that we all get tons of e-mail but thank you for reading this one.  I know ya can't always read it, but use it as an excuse to drop me a line and say hi.

If you would like to support this newsletter (and God knows I need it) go to [http:www.chrischandler.org]  and click the coffee can to your left. It’s fun, easy, and makes the world a better place.

To get the new CD, click here:  I want a chandler CD  or copy and paste: http://www.cdbaby.com/cd/chrischandler12

I would love to just embed it into this news letter but I am not that savvy, and most of you aren’t either.... so...
try clicking here or pasting www.youtube.com/watch?v=OdNfhM5SQLU

"That truck sounded like a woman singing." She said, as the first sounds of Monday morning traffic made themselves familiar with the Off Ramp Studio where I live.  It is like waking to the inspiration of a world in motion.  Oakland.

Trucks and barges.  Commuter trains and bicycles. The BART whips by the third floor so close you can pass notes to commuters. Here at the corner of 880 and 580 there is a yellow truck stop and a blue collar bar that flank the purple building as giant container ships unload truck sized boxes upon eighteen wheels of glass and steel.  Oakland.

The whole building vibrates with the sound of America shouting through a mouth made of two interstate on-ramps, that entangle and clover leaf round the building like chords of kudzu feeding ravenous America with vessels full Chinese plastic, so she can defecate discounted alien wares and with-alls out into the sewers of this thirsty land.  Oakland.

Oakland has always been the Gateway to the East.  She was the start of the Intercontinental Railroad whose golden spike was driven into the coffin of agrarian America in 1881.  Oakland.

The end of the line.  Weary easterners who followed the call “go west, young man,” could do so no more, unless they climbed aboard ocean bound freighters that filled her harbors. And many did. It was the gold rush of '49 that brought so many to Oakland's shores, and although there was little gold to be found there was plenty of timber with which San Francisco would be built.  But it was also the Gold Rush of '97 – the Klondike Gold Rush – that fanned the flames of a nomadic nation eager to migrate further into the vicious cold, in search of a more viscous gold. Oakland.

At the corner of Broadway and Embarcadero, Jack London would embark upon such journeys through that bitter cold, igniting infernos in many a restless heart.  His words are emblazoned, "I would rather be ashes than dust."

But these days, it is dust – chalk dust –  that outlines the bodies of too many restless hearts departing on a very different journey.  Oakland.

There is a plaque and a statue, and even a ritzy marina named for the socialist and radical Jack London, but there is no plaque or monument at the corner of 56th and Grove where the socialist and radical Black Panther Party was formed, offering free breakfasts to the children of a workforce that had served as the anchor for Oakland's once humming wartime ship industry.  But when the shipping industry cut its chains and sailed, it left its anchor to rust in the ghettos.  Oakland.

The Kaiser shipping industry recruited hundreds of thousands of African Americans from primarily Louisiana in the '30s and '40s creating the blackest population in the United States west of New Orleans.  However, the black migration really began in the 1880’s, for she had the only cotton mill west of the Mississippi.  Most were from Louisiana. When I first got here I wondered why Oakland's streets are lined with thin long buildings known in Louisiana as shot gun shacks.  The smell of Cajun cuisine still mingles with jazz along cracked sidewalks at the corner of Adversity and Revelation.  Oakland.

There were no Jim Crow laws in California, but the police department whose force was over seven hundred, had only a dozen African Americans.  Racial tensions smoldered in the heat as jobs evaporated.  The Black Panther Party was originally formed for self-defense.

Oakland's citizenry has a long history of protecting itself.  She is the home of a socialist general strike in 1946 as workers determined not to let the union busting practices that followed the end of the First World War to happen at the end of the second.  It was the largest strike in American history.  The entire city was shut down for a week, and the new African American population and other activists began to sense its power.  Oakland.

And the powers that be have had to find more and more creative ways to subvert that power.  In 1990 at the corner of Park and Macarthur, a pipe bomb placed beneath activist Judi Bari's car seat exploded, nearly killing her and injuring a passenger.  Instead of pursuing the assailant, the City of Oakland and the FBI accused Bari and the passenger of transporting the bomb.  Fourteen years later the FBI and the City of Oakland agreed to a $4 million dollar settlement long after Bari had passed of unrelated causes.  Oakland.

On New Years day of 2008, at the corner of San Leandro and 35th, a fight among several black BART customers, prompted a white BART police officer to shoot Oscar Grant.  Although the event was captured on multiple video camera and has been viewed by hundreds of thousands on the web, the officer was only found guilty of involuntary manslaughter, claiming he had mistaken his pistol for a taser.  Small scale rioting occurred.

His sentencing comes up next month.  We shall see.

But all cities in America have their duplicities, hypocrisies and underbellies.  It is far easier to sling arrows into vulnerabilities than to stand as a human shield defending the oncoming attack.

Oakland is often viewed as the poor, ugly step-child of shimmering San Francisco.  San Francisco is indeed a rose – and perhaps Oakland is the thorn.  But remember the thorn protects the rose – without the thorn there could be no rose – yet without the flower there is still the bush.

San Francisco has become so expensive, that artists are moving to Oakland in droves.  Large warehouse spaces have attracted sculptors creating enormous metalwork that could never be afforded across the Bay.

Jen and I were riding our bicycles around three in the morning one week night, when we saw hundreds of young people outside of a warehouse.  We stopped and asked what was going on.  They were leaving a spoken word event that had just ended.  Spoken word is filling a warehouse in the industrial area of Oakland?  Yes. Oakland.

Oakland has a spirit of cultural revolution with blue-collar roots and an African American soul that makes the alternative artists of San Francisco and New York seem hollow.

From Jack London to Bobby Seals and Huey Newton. Sly and the Family Stone to Ed Kelly and Pharaoh Sanders.  Yoshi's to The AK Press.  The Black Giants and the Colored Elite to the Oakland Larks.  Bullet Meadows to Catfish Hunter and George Blanda.  The Black Hole.

Oakland is the strained vocal chords of a croaky California situated deep in the mouth of the San Francisco Bay.

At the Corner of Poverty and Inspiration.

The booking of this tour I have planned with Paul Benoit has not been going so well.  It is largely my fault.  But the long and short of it is I really need your help.


This is the worst job I have ever done!  It is largely my fault but this is what I am looking at.
All is tentative and if I can't get a few more confirmations we wont be able to do this.
I should know i a week.  Thank you for your patience with me.
Please check back to www.chrischandler.org as they get confirmed!

Also, Paul and I are planning a February West Coast tour.
We are taking requests.

all shows with Paul Benoit
Sunday October 24
A house concert in the North Bay.
Details TBA

October 26
Phoenix? Tempe?  Anybody in that area?

Thursday Nov 4
Pensacola?  anywhere near by?