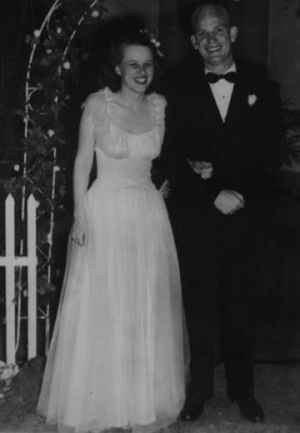 To get the new CD, click here: { http://www.cdbaby.com/cd/chrischandler12 I want the new chandler CD}
You can also get it for down load there too!

The 2 CDs I made with {www.annefeeney.com Anne Feeney} are now available for download at CD Baby
Live from The Wholly Stolen Empire and Flying Poetry Circus

To support this newsletter go to {http:www.chrischandler.org} and click the coffee can to your left.

My pathway led by confusion boats
Mutiny from stern to bow.
Ah, but I was so much older then,
I'm younger than that now.

For as long as I can remember, whenever I passed a big milestone on the interstate toll road of my life – I have always listened for the first Bob Dylan lyric I happened across.

Now, ya can't pick one and play it.  It has to be a coincidence.  It is just something I have done.  I find some odd comfort in it.  But not enough… There is no soft peddling it.  It hurts.

No amount of expecting it can prepare you for it.

Yes, the Saints won the Superbowl ®.  There was much rejoicing.  My mother called me at half-time to say she was rooting for them.  It worked.

I always said that if the Saints won the Superbowl ® that hell would freeze over.  Indeed, it got very cold in my hot little corner after they won.

Now keep in mind here that I went to high school through Dylan's "Gotta Serve Someone" era. He won his first Grammy for that one.  Needless to say he was anything but cool in those days – and I have always rebelled against the tyranny of fashion. Yet, I have also maintained that we will go through our lives listening to the music we listened to in the 9th grade.  And, yes, we will go the rest of our lives dancing the way we danced in the 9th grade.  So tell your children of that age to pick their music carefully – they will be stuck with it the rest of their lives.

I remember when my childhood dog was killed by a car as she was crossing the road to a neighbor's house.  A friend – having no idea what had happened earlier that day - pulled out his guitar and played a song for me.

If you see your neighbor carrying something help him with his load
And don't go mistaking paradise for that home across the road  he sang.

Ever since then, through past marriages, break ups, births, deaths, moving from one city to another, in sadness and in joy – I have listened for the first Bob Dylan lyric I came across.

I remember once after a particularly bad break up, it was

When we meet again, introduced as friends, please don't let on that you knew me when…

I had no idea that this half-time phone call would be the last time I would talk casually to my mother. My sister called the next morning and said I needed to come home.  Washington, DC had been blasted with four feet of snow and more was on its way.  The airports were closed. I dug my way out and put the mid-Atlantic in my rear view before the next front hit.  I made it to Atlanta in about 9 hours.

Ah, but I was so much older then,
I'm younger than that now.

We had a week.  All of my siblings, nieces and nephews came into town.  Old family friends paid a visit.  We sat in my sister's kitchen looking through scrap books and playing remember whens.

My father died when I was very young, on the morning after their 28th wedding anniversary.  She never once dated again. She believed in – and remained in love.  She passed on Valentine's Day.  There was a national holiday (President's day) on our day of mourning.  We had her viewing on Mardi Gras and Funeral on Ash Wednesday.

The Casket was lowered into the ground, next to my father.  Wind blew flower petals from bouquets to the four corners of the world as I got in my 1996 Saturn station wagon.  I saw the empty Hearse pull away in my rear-view.  It is a long drive from Stone Mtn, GA.

I took my time.  I stayed in motel rooms.  No sleeping in the back seat at the rest stop.  Not this time.

I was somewhere in rural Texas, just shy of Abilene.  I was listening to Outlaw Country on Sirius Satellite Radio almost exactly like the opening track of my latest album… only under very different circumstances.

"Texas has so far surpassed the zenith of ugliness that it is in fact flawless.  It is perfect –you can't argue that perfection in and of itself is not beautiful - even if it is perfectly ugly."

There is truly something surreal about the Texas oil patch.  The bleak landscape was spread out before me when off in the distance there was an enormous black pillar.  "A Texas tornado?" I thought.

The sky went wholly black – and in the center of that blackness was a bright orange glow. A column of flames.  The grass on both sides of the interstate was ablaze.  Cars continued to go in the darkened tunnel.  I could see a truck engulfed in flames on the side of the road.  Emergency vehicles had just arrived waving the traffic through.  I could barely see the road in front of me.  When the radio blasted:

Crimson flames tied through my ears Rollin' high and mighty traps…
Pounced with fire on flaming roads
Using ideas as my maps…
"We'll meet on edges, soon," said I
Proud 'neath heated brow.
Ah, but I was so much older then
I'm younger than that now

Tucson followed El Paso, Bakersfield and San Francisco.  A new life – in a very new world.  I am getting married, and moving to a new coast where the sun had already set.  After a few hours of sleep in the arms of strength, we began loading a twenty foot truck to take our possessions across the bridge to our new apartment in Oakland.

The last of leaves fell from the trees
And clung to a new love's breast.
The branches bare like a banjo played
To the winds that listened best.

I gazed down in the river's mirror
And watched its winding strum.
The water smooth ran like a hymn
And like a harp did hum.
Lay down your weary tune, lay down,
Lay down the song you strum,
And rest yourself 'neath the strength of strings
No voice can hope to hum

Paul and I are working on an East Coast tour in late April and early May.  I am STILL booking it.
Take a look at the schedule below, and if you have some thoughts on a place to play or a house concert please let me know.

Paul and I are looking forward to a terrific summer tour on the west coast.  If you would like us to come to your place please drop me a line.

Jen and I are enjoying our new place in Oakland CA.  If you are in the neighborhood – drop me a line.  We hope to have a little house warming party soon – OK an apartment warming party.

Since I am new to the neighborhood – I am looking for folk-y- poet-y activist-y things to get into.

I am looking for someone locally to accompany me on guitar or piano for local gigs.

Congratulations to my niece Chandler Murray for being accepted into nursing school.

This will be the first show of the new tour featuring New Videos.  For more info or to RSVP jen@kelticdesigns.com or phone for directions

Other performers include Roy Zimmerman, The NJ Industrial Union Council Solidarity Singers, George Mann.  There is a $10 entrance fee, which includes light refreshments, entertainment, a museum tour and preview of the new exhibit on Albert Shanker: Labor's Educator.