The Muse and Whirled Retort August 2010 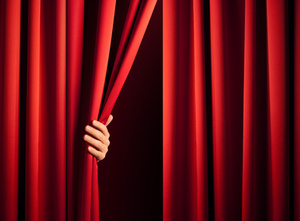 To support this newsletter go to http:www.chrischandler.org  and click the coffee can to your left.

Hey everybody,
It's that time of the month again.  Yes, there is craziness brewing in the world…. But for now – I have to write a piece that is a long over due thank you… Paul and Jen and I have been playing a lot of shows this past month – some big festivals some tiny coffee houses… and there is one group that never gets their just rewards so THAT is the subject of this months M.U.S.E. .A.N.D. .W.H.I.R.L.E.D .R.E.T.O.R.T.
THE MUSE AND WHIRLED RETORT
Vol. XI issue xi
August 2010
Horning's Hideout, OR

So this lawyer dies and gets into heaven – Saint Peter says, "Welcome to Heaven, come on in"

This politician gets to the pearly gates, and Saint Peter says, "Welcome to Heaven, come on in"

The stagehand gets there, and Saint Peter says, "The loading dock is around the back."

Ya know the difference between a homeless person and a stagehand?

That's how most of the jokes go… 'cuz ya see…

,,,the stagehand never gets celebrated – he is too busy setting the stage for the celebration.  In fact, there can be no celebration without him – nothing like doing the load in for your own party. So I say its time for a toast to the stagehand…

I mean the oldest is the prostitute, the second is the pimp. Somebody had to set the stage for the ultimate in live entertainment.

So…
Here's to you, the stage hand… all of you … the wrench slingers, the truss climbers, the box pushers and doc jockeys, the color girls and best boys, the cookie cutters, merch mongers and back line humpers. The leggers of decks, the guitar and drum techs.  The tour managers, the projection booth anglers, and dog and pony wranglers. The shop stewards and dressing room screwers.

The gaffers, the go-fers, the grips, the green room greeners, and the glow tape dispensers.

You know why sound men only count to two? "Check one two" 'cos on "three" you have to lift.

What do you call a stage electrician with a hammer? A thief.

Here's to you and all your quirky rivalries.

May the war between the tweaks and the squints ever rage.  I sometimes think the rivalry was created by management, knowing that the two would so often race each other to get their rig up first – as we all push towards that moment – the one we all do this for – that second… when the house lights go to half… and the hush silence befalls the crowd… and then they go out.

That is the most important moment in the universe – THAT second. For it is in that second ANYTHING can happen, and it usually does. If we have done our job…together we sit beneath the blue lights, head sets engaged and listen for the moment of silence in which you can actually hear the squeaking of a hinge, that can only be the opening of the door to wonder.

So here's to you…

The pit geeks the buckle gluers, the touch ups and monitor men. The fluffers, and fly men, the soft goods stitchers, the floor directors, the multi vendor vendors and trap door operators. The ambient minstrels, the vaudeville idiots and projector screen vidiots. The consol programmers and program printers.

The bamboo ballet brigade, The blockers, the dispatchers, and penguins.  The double shifts and stunt doubles. The drivers of freightliners and the eyeliner liners. The trick line pullers, the fork lift riders and the chain motor bridlers.  High sand getting high with the band…

You know how you know when the stage is level? The rigger drools out of both sides of his mouth.

You know how many stage electricians it takes to screw in a light bulb? It's not a light bulb, it's a lamp.  You know the difference between a stagehand and a pig? You won't find a pig wandering around a hotel lobby looking for a stagehand.

Without the lights, the show would be… radio.

So tune in my friends – stay tuned – and tune that damn thing.

From usher to producer, diva to downrigger, performer to intermission lobby bartender: not a single task more important than the other.

YOU are the scene.

The 'vader ops, spot ops and even the rent-a-cops.

The brush cleaners and tech desk meter readers.  The ushers, the catchers, the shooters, the handlers, the roach coach diners, and the ghost lamp lighters. The LD, the SD, the CD, TD, SM, MC, ME, PA, A1, L2, and 3D glasses passers.

By putting the "You" in US.

Paul and I have recorded the BP piece (BP Beyond Pollution) and are looking to put out a video on the subject.

If you or anyone you know has any video or stills we can use for this project – please drop me a line!

Also if you know of  places the finished project should be posted please let me know – this is a group project – so please feel free to roll up yer sleeves and chime in.